Another quarter, another 3D Systems financial report, another loss… The situation has become so repetitive that I decided not to change the theme graphics – it was obvious that financial reprot will be weak and the only thing you can wonder is how much it fell this time…?

Although the COVID-19 pandemic did not develop in Western European countries until March and it did not reach the US at the very end, 3D Systems cited this event as the main source of decline. I am not going to argue with this – I will limit myself to dry data:

The company constantly cuts costs and limits the spending of cash (whose resources are melting down quarter after quarter – year after year). It is also worth recalling that the current CEO of the company – Vyomesh Joshi, at the beginning of February this year announced his retirement and retirement. For now, no name has been given for his successor… 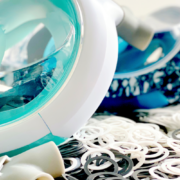