The latest press reports from the 3D Systems camp can be divided into two categories: stand out product novelties and financial reports, which with each subsequent quarter are less and less optimistic about the future of the company. 3D Systems has been maintaining roughly the same level of revenues and costs – while losing money on operating activities all the time. For now, its cash resources are fully sufficient for such functioning, but as you can guess, with this trajectory, sooner or later the money will run out…

We do not know the official financial results for Q4 2019 or the entire last year, but this week we have learned something completely new that may have a key impact on the future of 3D Systems. The company’s CEO – Vyomesh Joshi (age 65), announced his retirement. He will remain in office until the company will find his successor, however it should not last longer than until the second quarter of this year.

Joshi took over CEO position at 3D Systems in April 2016, which was the culmination of one of the most turbulent periods in the company’s history. At the end of 2015, after the speculative bubble associated with 3D printing on the US Stock Exchange burst, the inflated 3D Systems stock price fell to the head. The company’s long-time president – Avi Reichental, who was responsible for bringing company to this situation, left, and his role was temporarily taken over by the Executive Management Committee, headed by the legendary founder of the company and creator of 3D printing technology – Charles Hull.

Prior to becoming CEO at 3D Systems, Vyomesh Joshi was vice president at Hewlett-Packard Company’s Imaging and Printing Group. He began his career at HP in 1980 as a research and development engineer. In 2005, he was awarded the title of one of the most influential Americans of Hindu origin in the Fortune 500 ranking. In 2005-2012 he was also a board member of Yahoo. In 2011, he was promoted to the position of HP Vice President.

On the other hand, all this did not bring any significant breakthrough. It seems that the company is drifting in an unspecified direction – it is neither good nor tragic. If we look at the 3D Systems stock price during the time of Joshi, it is difficult to find success… After two periods of large increases in 2017 and 2018, in the third quarter of 2019 there was a decrease equal to what happened when he became the CEO. The current level is far beyond the expectations of shareholders.

The new CEO will face lot of challenges… The company needs a big change, because the current approach does not seem effective. 3D Systems is still one of the largest companies in the 3D printing industry with enormous potential – just need someone who will be able to take advantage of it. 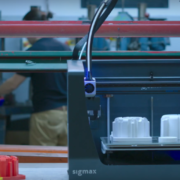 CASE STUDY: How to increase production efficiency thanks to additive technologies? 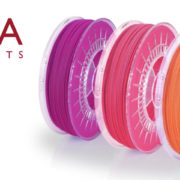