The Corona virus takes the growing toll of victims, and the epidemic is spreading outside the China reaching to more and more countries and continents. At the time of writing this article, the number of deaths has exceeded 1300 people, while 43 000 are considered infected, of whom 15 000 got ill only during the last 24 hours. This scale of epidemics unheard of in modern times means that the Chinese authorities are forced to take a lot of unusual activities that would normally be considered unreasonable or unnecessary. A spectacular example was the construction of a new hospital in Wuhan in just 10 days – today we have an example of another project that is equally unusual which can be very effective.

Fifteen well-equipped 3D-printed rooms were put into use for quarantined patients infected with the novel coronavirus in a major designated hospital in Xianning, a city neighboring Wuhan, in Hubei Province. The 3D-printed rooms of about 10 square meters each have reached the standards for quarantined patients in terms of heat preservation and isolation, said Huang Jinxue with the hospital. The 15 movable rooms were made in one day by a materials company based in Suzhou, a city known for manufacturing and high-tech industry.

Each room is equipped with an air-conditioner, bathroom and shower facilities for the daily needs of patients.

Although 3D printing technology is not very effective in the case of traditional housing, it works perfectly with this type of buildings, allowing you to create constructions anywhere in a very short time. It is possible that we are just witnessing the birth of real 3D printing in construction, which will have serious character instead of being just a cheap marketing ploy, as was the case with earlier implementations of this type? 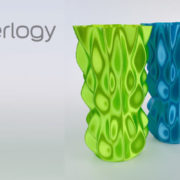