Boston Dynamics – an American manufacturer of mobile robots, is one of the biggest stars of the world of robotics. The company exceeds the limits of possibilities by creating machines that, in terms of movement, perfectly imitate human and animal behavior. It scares some, fascinates others, but does not let anyone pass the work of the Boston company indifferently. Now, however, it turns out that theoretically, each of us can create a substitute for such a robot ourselves (with a very strong emphasis on “theoretically”).

Scientists from the American NYU Tandon School of Engineering and the German Max Planck Institute for Intelligent Systems (MPI-IS) have developed a model of a dog-sized four-legged robot. The project called Solo 8 is quick and easy to assemble and under an open source license, which means that it can be freely reproduced and modified. The creators of the robot also emphasize that it is relatively cheap, although it is a very relative concept, because according to their estimation it costs “several thousand euros”.

The name Solo 8 comes from eight activated connections that allow each leg to change the length and angle of the arrangement. Tests of the latest version of the robot were carried out with three degrees of freedom on the leg, which gives them a total of 12. Thanks to this Solo 8 has the ability to perform more complex moves like stepping sideways.

The project, headed by Ludovic Righetti – associate professor at NYU Tandon, was launched in 2016. In July this year was accepted for publication in the Robotics and Automation Letters journal and presented at the virtual International Conference on Robotics and Automation (ICRA). Solo 8 works on a very similar principle as its incomparably more expensive prototype from Boston Dynamics – movable joints and torque-controlled engines allow it to move in several directions, jumping and lifting after tipping over.

Researchers emphasize that Solo 8, weighing just over two kilos, has a higher power-to-weight ratio than most other four-legged robots, making it safer and easier to use – you can even carry it in your backpack. All parts and components can be bought and printed on 3D printers – the team provided construction files on GitHub, under a 3-clause BSD license. 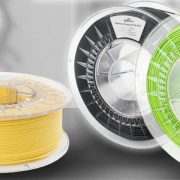 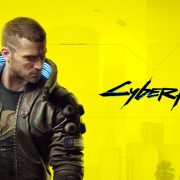