May is a very interesting month for representatives of big corporations, stock exchange investors  or financial institutions to publish and read financial results for the first quarter of the year. The biggest players of 3D printing industry in the world present the results of their new year’s resolutions. In my recent article I presented the accomplishments of 3D Systems. Now it is time for Stratasys.

Stratasys is currently the biggest manufacturer of 3D printers in the world. The company has about 50% of shares in selling of professional devices and generates over 30% of the whole turnover in this area. As far, as low-budget sector id considered, it is still on top, but we can see a small decline.

The 3D printing technology has 4 areas. The first are professional machines, using FDM technology, which was created and patented by Stratasys between the 80s and 90s of the last century. The second is technology created in 2012 by Israeli Objet. The third is 3D printing from wax, created one year before, by Solidscape. The forth is low-budget version of FDM, represented from May 2013 by MakerBot.

The company succeed in the three segments, as well in sales, as in launching of technical novelties, but in case of the forth area – so MakerBot, the situation is more complicated. In 2014, thanks to sales of Replicator 2 and 2X and Replicators of the fifth generation, which were presented in January, Stratasys noted the highest rate of sales. It achieved it, although the new devices had faults (mainly an inglorious Smart Extruder) and the company was criticised by users and reviewer.

2015 was worse.  Bre Pettis said goodbye to the company  two years after selling it to Stratasys and it is managed by Jonathan Jaglom. He has began an arduous process of restructuring. Meanwhile, MakerBot was incorporated to the mother company. What is important, in the offer it hasn’t appeared yet… Replicator 2 was presented in September 2012.

I the article about closing of MakerBot’s factory in Brooklyn and moving production lines abroad I wrote that the reason of this decision were poor financial results and I was right… In the first quarter of 2016 Stratasys sold together 5125 3D printers, and this time last year 7536! Over 30% of decline of the sales is connected with MakerBot, because the number of sold professional 3D printers, has increased. 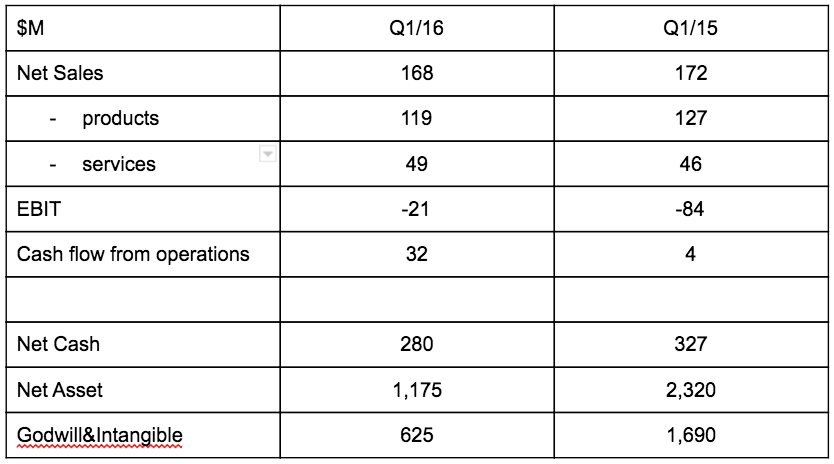 To achieve the results from years  2013-2015, Stratasys has to solve the MakerBot’s issue – restructuring and lacks in the offer, which can’t wait forever. The company should present new solutions, because its flagship products, had their official premieres in 2013 (Replicator 2X)  and 2014  (Replicator 5th Generation and Z18). As far as professional segment is considered, the recent presentation of Stratasysa J750 shows, that it doesn’t have reasons to worry about.

Patent issues are an integral part of the world of 3D printing, which ...