Sales of 3D printers and consumables for the third quarter increased by 35% and 27%, respectively. Equipment sales lead to increased sales of consumables and related services that generate profitable revenues as customers increase their utilization. Revenues from sales of 3D printers amounted to USD 52.3 million, and their source was, in particular, FDM printing devices – models F900, F770 and F370 and a new machine operating in the PolyJet technology – J5 DentaJet.

Stratasys Direct’s 3D printing services division is yet to reach their 2019 levels, but compared to last year’s third quarter, the sector’s revenue has increased by more than 25% and is expected to continue to grow. Total service revenue totaled $ 50.1 million, an increase of 13% from the same period last year and 12.8% at constant exchange rates. The fact that customer service revenues also grew 7.2% to $ 29.5 million is a good indicator of market recovery trends.

Stratasys generated a profit of $ 0.5 million in Q3 2021, an improvement on the previous year when net losses were $ 3 million. The company achieved this despite earlier forecasts by analysts who expected a large loss.

Following the publication of the financial report, Stratasys shares rose 15% to $ 37 per share. It was the highest recorded value in the last six months. According to estimates by the online stock analysis platform Simply Wall Street, Stratasys has outpaced the US tech industry and the US market, with 37.3% and 35.3% respectively over the past year. 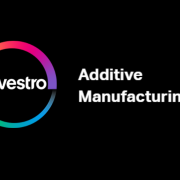