Renishaw – a British company specializing in the production of metrology systems, advanced solutions for industry and medicine as well as 3D printers for metal, has published its financial results for the last year. In the financial year that Renishaw reports from June 30, 2020 to June 30, 2021, the company achieved £ 566m in revenue, + 11% more than a year ago. It achieved this despite significant sales declines in the 3D printing sector, whose activity did not flourish until the second half of this year. At the same time, Renishaw posted a pre-tax profit of £ 120 million.

The company’s stock has risen 8% since the publication of the results, reflecting investor approval for decisions made during the COVID-19 pandemic. The rise in stock prices is all the more enjoyable given that last year there was a sizable crash of -20% last year as company owners tried unsuccessfully to sell it.

Renishaw reports its revenues in two segments: Manufacturing Technology and Measuring Instruments, and Healthcare, with the former accounting for total sales generated through a portfolio of metrology equipment and 3D printers. The company’s manufacturing division increased from £ 475 million in fiscal 2020 to £ 526 million in fiscal 2021, however this was due to increasing sales of tools and coders as the share of 3D printers was relatively small.

The company does not directly report its financial results related to the 3D printing sector, but admitted to having “lower sales of additive manufacturing solutions” in fiscal year 2021. This was related to the implementation of the “Fit For The Future” strategy, which was aimed at focusing on productivity, reducing the cost base and prioritizing major projects while restructuring the 3D printing department.

As a result, the company says its sales of additive manufacturing were “in line with expectations”, despite the department’s poor performance compared to the rest of its operations. The decline itself was somewhat driven by a decline in demand for 3D printers, particularly in the aerospace industry, but with the impending introduction of its new metal powder 3D printing system, Flex, Renishaw says it is now “well placed to take advantage” of the market recovery . 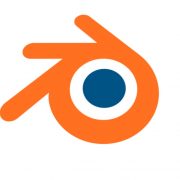 Apple joins the Development Fund of the Blender Foundation 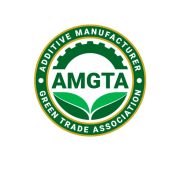