At the beginning of February this year Vyomesh Joshi – president of 3D Systems announced his resignation and retirement. During the four years of his presidency, Joshi has significantly restructured the company by closing a number of extremely media, but completely unprofitable projects (department of home 3D printers or chocolate and sugar 3D printers), however he failed to get it straightforward, still recording negative financial results. This week we finally got to know the name of his successor – it will be Dr. Jeffrey A. Graves, former CEO of MTS Systems – a leading supplier of high-performance test, simulation and measurement systems.

Dr Graves spent eight years at MTS Systems – previously he was the president of C&D Technologies – a supplier of energy storage products, and KEMET Electronics – a manufacturer of high-performance capacitor solutions. Therefore, he is a manager with vast experience, including indirectly in the field of additive technologies. Dr Graves also sits on the boards of Hexcel, a company specializing in composite materials, and Faro, a company specializing in the production of specialized 3D scanners.

His biggest challenge at 3D Systems will be to increase the company’s revenues, but above all to stop it losing cash. 3D Systems has been operating on the downside for several years and reversing this trend is crucial not so much for its development as for survival. In a way, this is how Dr. Graves, Charles McClure, chairman of the Board of Directors of 3D Systems, perceives:

Jeff’s financial and operational discipline and precision is a core reason we chose him for this role. He has shown that he knows how to organize and focus a business portfolio and streamline an operating model to deliver differentiated solutions to markets.

Retiring Vyomesh Joshi took the reins at 3D Systems in April 2016, which was the culmination of one of the most turbulent periods in the company’s history. Prior to taking this position, Joshi was the vice president of Hewlett-Packard Company’s Imaging and Printing Group. He began his career at HP in 1980 as a research and development engineer. In 2005, he was awarded the title of one of the most influential Americans of Hindu origin in the Fortune 500 ranking. In 2005-2012 he was also a board member of Yahoo.

The new president will have a real challenge ahead of him, because as we recently reported, the results of 3D Systems were far from satisfactory: 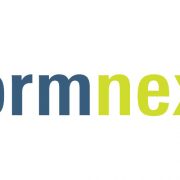 Does Formnext 2020 have a chance to take place? 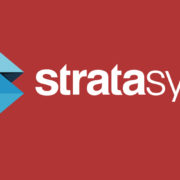