The German company DyeMansion, specializing in the production of post-processing devices in additive technology SLS and MJF, obtained further financing in the form of EUR 15 million from EU funds – EIC and EIB. DyeMansion plays an important role in the field of 3D printing, opening the door a few years ago to colorful and aesthetic 3D printing in many industries, automating the post-processing of models produced in additive technology.

The European Innovation Council (EIC) Fund is Europe’s flagship innovation program to identify, develop and scale up breakthrough technologies. Following DyeMansion’s successful launch of VaporFuse technology and its Powerfuse S hardware, the EIC fund provided the company with EUR 4 million in new funding. In 2020, EIC selected DyeMansion with Powerfuse S as part of the Green Deal program under the EU’s Horizon 2020 research and innovation program. With the successful introduction of a ‘green’ industrial steam polishing system to sealed surfaces, DyeMansion supports the EU’s goal of promoting resource efficiency through the transition to a clean and circular economy.

With EIC and EIB funding, DyeMansion’s combined funding reached $ 43 million. EU funding lays the long-term foundation for DyeMansion to remain a technology leader in post-processing. DyeMansion is now able to bring even more new products to the market, such as the Powershot Performance series. 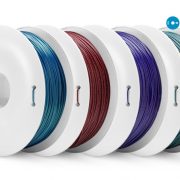 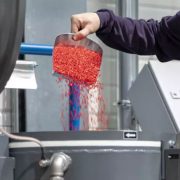