ASA filament was recently introduced by a british manufacturer, DR3D Filament. The material is intended to serve as an alternative to ABS. It features increased resistance to weather conditions, mainly to UV light. In addition, ASA has good stiffness and thermal stability, it is durable and has high chemical resistance. Prints made from ASA are characterized by high gloss similar to PLA.

Courtesy of the manufacturer, we had the opportunity to test a roll of natural ASA.

Considering the material’s properties, that is, good resistance to external conditions, we decided to print something that we will be able to place outside and, some months or years later, to evaluate its “aging”. A garden gnome was an obvious choice, but we decided on an armed one.

Print was made using 3DGence 3D printer. It was one of the first models we printed on this one, and, alas, we were not aware of the mighty power of its two cooling fans. At the first attempt, although the cooling rate was set to 45% , it turned out that it is too much for the ASA dwarf: 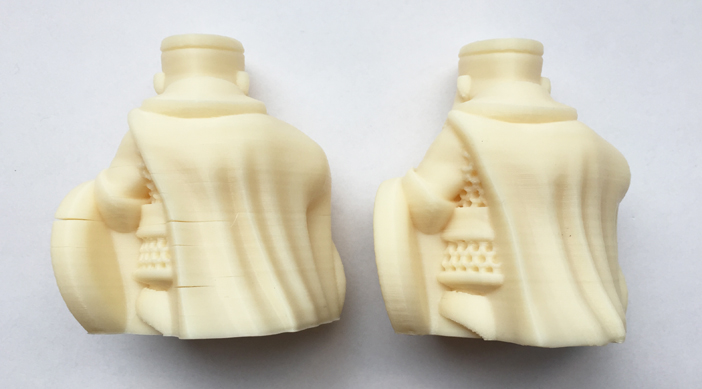 In the mean time, while printing a 3D Benchy boat, we have learnt, that switching the fans off is not an option either: 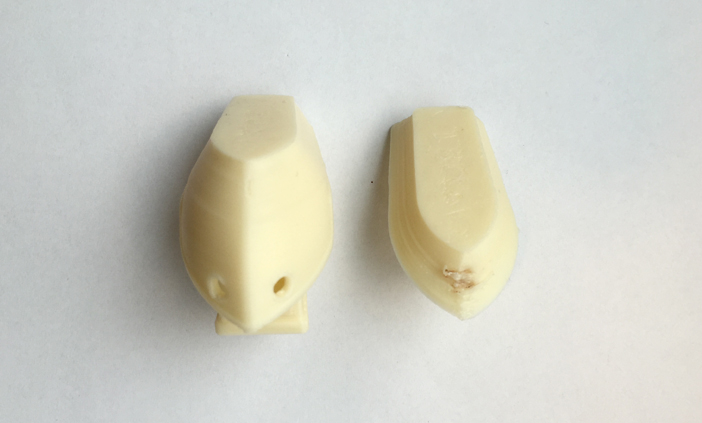 For the second attempt on the dwarf we set the cooling rate at 10%, which resulted in a flawless print: 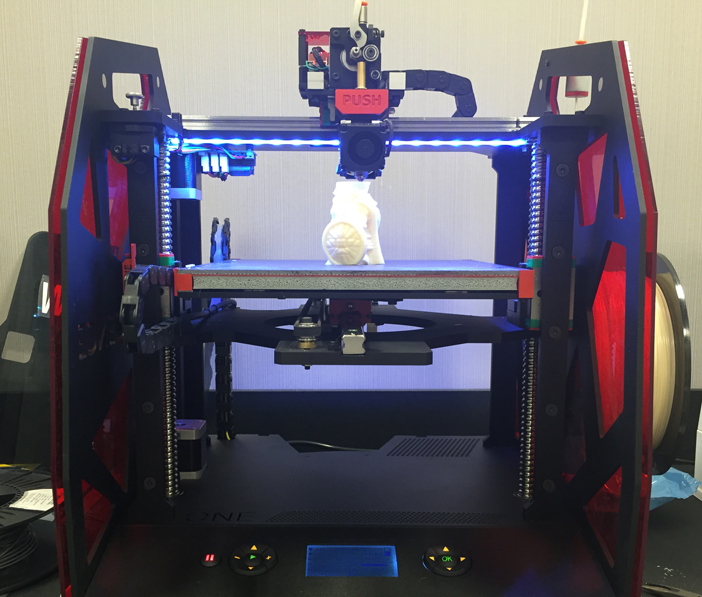 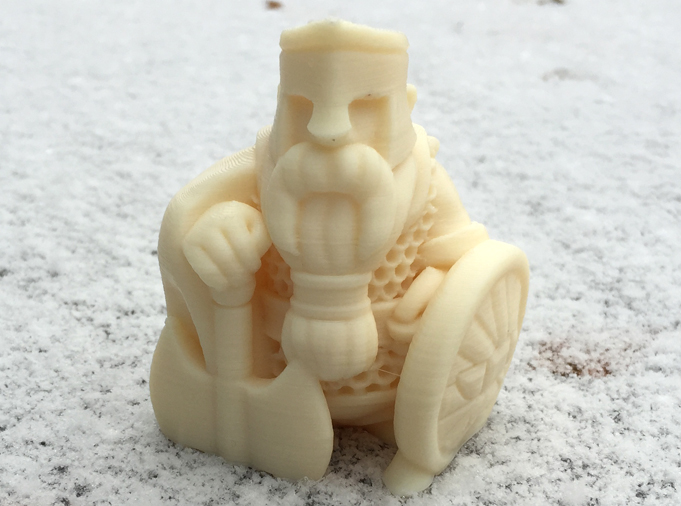 We wanted to check shrinkage of the material, so we prepared a big test model, which we decided to print with ASA on two printers: 3DGence and Zortrax. Model dimensions are 5 x 18 x 8 cm. On Zortrax we used the settings for Z-HIPS, with layer height of 0.19 mm, and cooling fans turned off. ASA printed on these settings really nice, but unfortunately, despite the absence of cooling, soon began to shrink. As a result, we obtained a much deformed model. 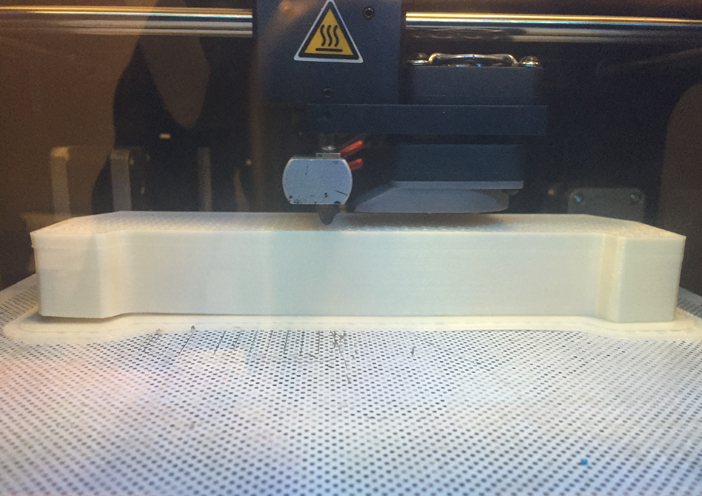 On 3DGence the model also looked very nice initially. Towards the end of the printing process, it’s geometry was still (at first glance) preserved and the model only had one tiny crack. Problems appeared, however, when peeling off the model from the table. Although the model came off the table rather easily… it took a part of the table with it. In addition, it turned out that print came down slightly (model base expanded). The reason behind this was too high temperature of the printing bed, maintained at 110°C for several hours of printing. Certainly it did not help that the surface of the table had been covered with glue stick for increased adhesion. To avoid our mistakes, one should lower the temperature of the table by 20-30°C. 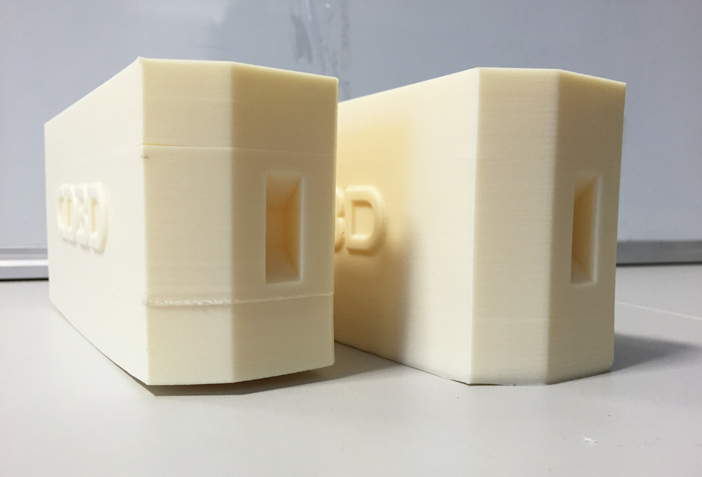 In the same configuration, on two printers we printed a model of a rotor using ASA. We already had such a model printed in PolyJet technology on Objet machine, we were therefore curious about the extent to which the machines would manage to reproduce the quality of such item in the FDM technology. 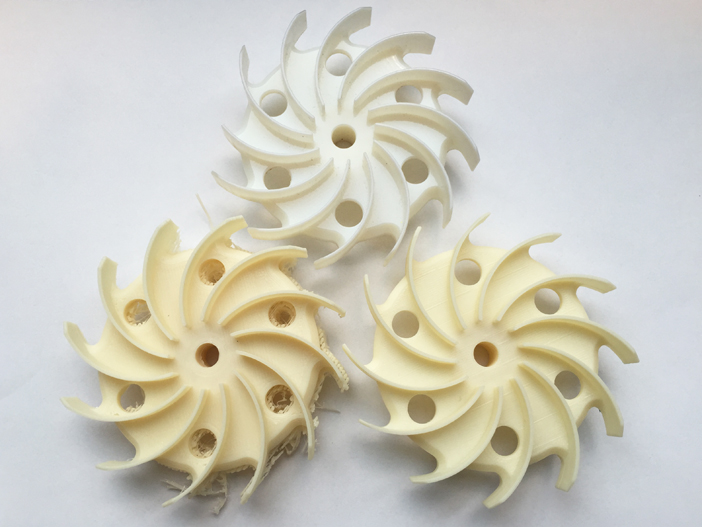 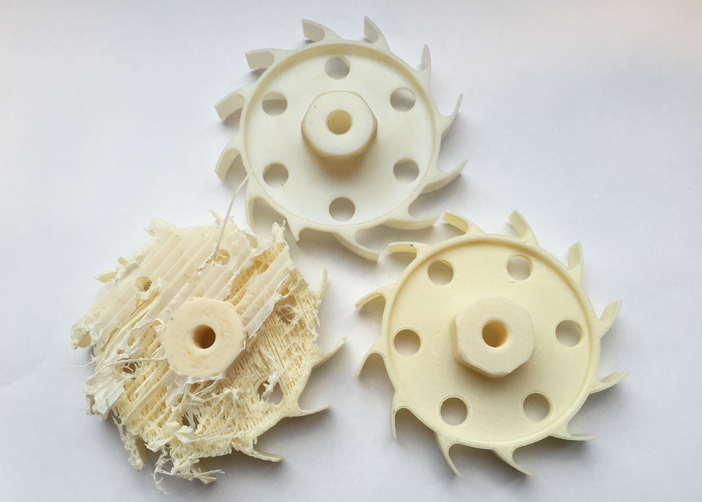 We were very pleased with the print quality of Zortrax since it was visually very close to the quality of the Objet-printed model (apart from the layer height). Support material was easy to remove. In case of 3DGence the model was not so perfect, but it was due to the RepetierHost & Slic3r software. Supports were virtually impossible to remove, and even if we managed to scrape of tiny pieces of it, the surface of the model underneath them was, gently speaking, highly unsatisfactory.

We have also made a few decorative prints with ASA – a vase and a lotus flower. Both came out decently. Decorativeness is, however, unlikely to be a strong point of the ASA filament due to the fact that it is only available in a limited, very basic color palette.

However, with regards to technical models – we see great potential in ASA. The shrinkage of this material is more or less at the level of ABS – in some cases, it is just impossible to tame it.  The surface of ASA prints has, however a very different character from ABS prints, due to material’s high gloss. With ASA we can therefore print strong models like with ABS, but with a different surface finish. DR3DFilament’s ASA also has a very uniform diameter – all measurements were in the range of 1.72-1.75 mm. As for the material’s resistance to outside condition -we will let you know in few years time! 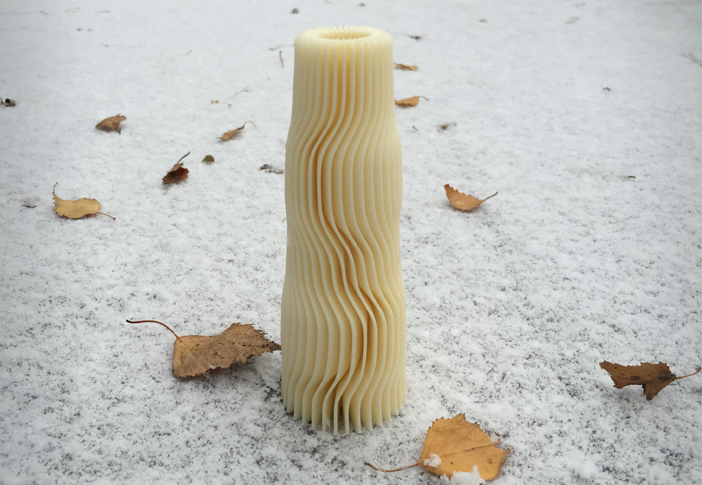 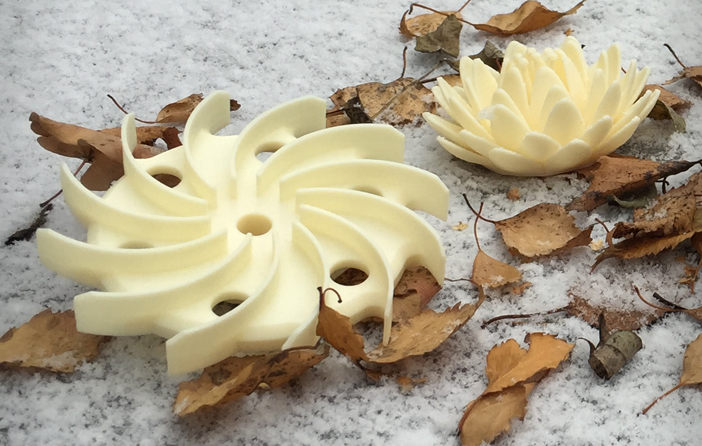 How to distinguish ABS from PLA? 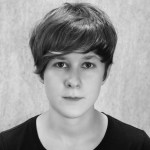 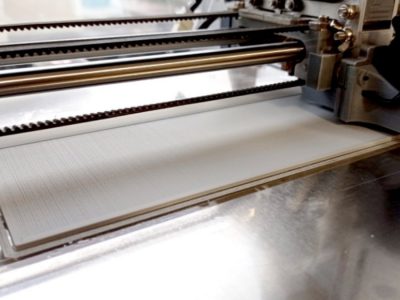 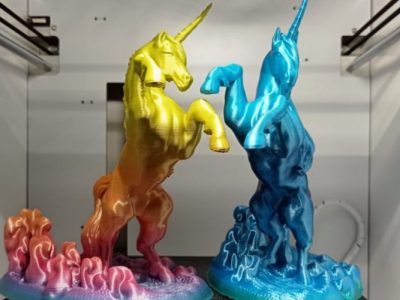 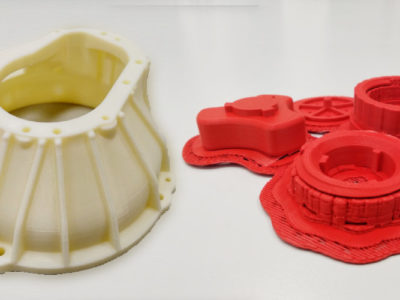 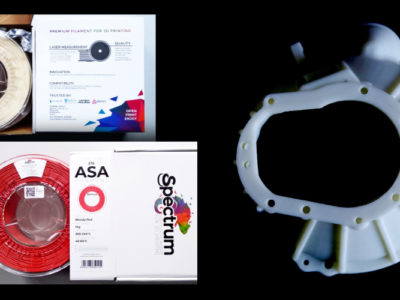 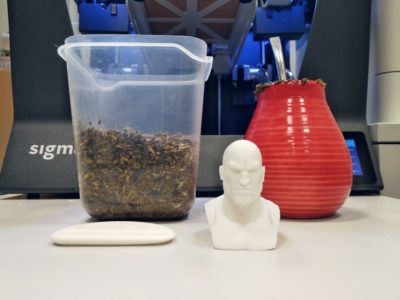