Desktop Metal published its financial results for the first quarter of 2022, growing by + 286% year-on-year. Thanks to the introduction of new equipment and materials to the offer and the acquisition of new companies, the company’s revenues amounted to USD 43.7 million, compared to USD 11.3 million in revenues achieved in the first quarter of 2021. At the same time, Desktop Metal generated a loss of -69.5 million dollars, which caused the company’s shares on the stock exchange to drop by -65%. To improve its financial health, the company announced a $ 100 million convertible bond offer.

The company’s operating loss increased by $ 18.3 million year-on-year, as did EBITDA, which fell to $ 41.6 million over the period. While the above sounds quite alarming, Desktop Metal CEO Ric Fulop has confirmed his full-year 2022 financial forecast of $ 260 million – which, if met, would represent an increase of 131%.

Desktop Metal presents its financial data in two main segments: Products and Services. The first one generated $ 39.5 million, + 284% more than in the first quarter of 2021, while service revenues more than tripled to $ 4.2 million.

Desktop Metal’s chief financial officer James Haley has committed to achieving non-GAAP gross margins of more than 30% throughout 2022. This is expected to be possible due to higher-than-expected sales volume in the first quarter of this year, as well as an anticipated shift towards a more advantageous range of products. The recent product launches with “more mature margin profiles” are also expected to help.

In terms of expenses, Haley added that Desktop Metal’s operating costs were higher than planned in the last quarter, but that was due to one-off costs associated with the launch of the Einstein and P-50 series. By covering these expenses and engaging the company in internal performance initiatives, the company is to be able to improve profitability and limit losses. 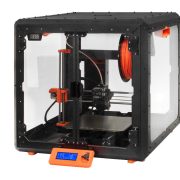