Desktop Metal continues its series of acquisitions – after adding subsidiaries EnvisionTec and Aerosint to its portfolio. Now, the company has announced that it has entered into a binding agreement that will make ExOne the next company to be acquired by Desktop Metal. The value of the acquisition is estimated at US $ 575 million. The next acquisition will make Desktop Metal in its portfolio also gain a new technology – Binder Jetting, the creator of which is ExOne.

ExOne is a world leader in the production of devices operating in the proprietary Binder Jetting technology. It is one of the fastest methods of manufacturing precision elements from metal and ceramic powders. It allows for the production of repeatable elements of very high quality and dimensional accuracy. Interestingly, ExOne is one of the companies that is a direct competitor of Desktop Metal and their 3D printing systems.

The acquisition by Desktop Metal of a company that has been on the 3D printing market for over a quarter of a century is associated with the expansion of the company and the acquisition of new 3D printing technologies to its portfolio. The implementation of this strategy is possible thanks to the company’s well-established, especially financial position – Desktop Metal is one of the best-financed companies in the 3D printing industry in history. The estimated value of the acquired investments is PLN 438 million, and the value of the start-up, including the next several dozen million in the account, was estimated in 2019 at approximately USD 1.5 billion. This value is constantly growing.

Ric Fulop, founder and CEO of Desktop Metal, emphasizes that the acquisition of ExOne is a step towards expanding the portfolio of technologies that their customers can use. The Binder Jetting technology as a complementary solution to the Desktop Metal technology opens up a new niche on the market for customers, meeting the specific requirements of new applications. John Hartner, CEO of ExOne, adds – “We believe that our complementary platforms will better serve customers, increase the pace and scale of implementation of additive technology solutions, and thus increase the value of the company.”

Under the terms of the agreement, upon closing of the acquisition, ExOne shareholders will receive a total of $ 575 million, consisting of US $ 192 million in cash and US $ 383 million in stock. The transaction, which has been unanimously approved by the ExOne Board of Directors, is scheduled to close in the fourth quarter of 2021. 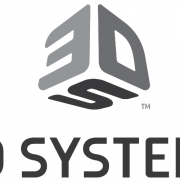