Cellink – the largest producer of bioprinters in the world, part of the large, biotechnological conglomerate BICO, is one of the most famous success stories in the 3D printing industry in recent years. In less than 6 years, the company has become one of the most important players on the market of new medical technologies, transferring 3D bio-printing from the world of futurology and science-fiction to everyday reality. Now, however, it turns out that a lot of difficult and controversial things are happening behind the scenes of this success. Former co-founder of the company and its chief financial officer – Gusten Danielsson, accused his recent colleague – second co-founder and current president – Erik Gatenholm, that Cellink / BICO under his leadership was going in the wrong direction …

As reported by 3DPrint.com, on April 25, 2022, Danielsson left the position of Chief Financial Officer (CFO) at BICO and just hours later gave the controversial interview to the Swedish financial newspaper Dagens Industri. Danielsson, who was responsible for BICO’s business development strategy, said, among other things, that Erik Gatenholm “is no longer the proper leader of the company, even if he remains a controlling shareholder.“

Over the past few days, the fuss at BICO has escalated. Following the news of Danielsson’s resignation and his subsequent interview, the BICO board issued a statement saying that it “has full confidence in the CEO, management and current strategic direction”, describing Danielsson’s statements as “a public incident.” It also stated that Danielsson should be more careful in articulating his views on the president and management of the company due to stock exchange rules and Swedish labor law, as the former CFO is still subject to six months’ notice.

What could be the cause of this crisis? As the old saying goes – “if you don’t know what’s going on – it’s about money …“. BICO is listed on the Swedish Stock Exchange, where it has been a source of disappointment for investors so far. Since September 2021, the company’s share price has fallen by more than 80%, from SEK 602.50 ($ 61) to SEK 106.60 ($ 11). The mere news of Danielsson’s departure from the company caused the value of BICO shares to decline by 35%. The 3DPrint.com portal also points to another aspect of the whole situation:

Other internal issues at one of the company’s subsidiaries, Cellink, have also been revealed through employee reviews at Glassdoor. For example, one anonymous (and unverified review) from December 2021 stated that managerial leadership and innovation have “ground to a halt.” While another dozen or so reviews dating back as far as 2017 suggest the company is excellent but points at “terrible management” as one of the bottlenecks of the entire firm.

Cellink was founded in 2016 by three colleagues: Gatenholm, Danielsson and the acting head of the technical department – Héctor Martinez. Even though they created a fairly niche product, their company began to grow at an unprecedented pace. So far, Cellink has sold 3D bio-printers to over 2,000 customers in over 65 countries around the world, while developing its own line of bio-ink and 3D bio-printing software. In the face of such a great growth and a series of acquisitions of other biotechnology companies (eg Nanoscribe), in July last year, BICO was created on the basis of Cellink, which currently connects 11 entities, employing a total of over 1000 employees.

BICO’s position is so strong that it allowed the company to expire a patent dispute with the American Organovo in a rather non-invasive manner, which could theoretically lead to its closure.

For now, BICO is struggling with the image crisis, at the same time trying to stop the decline in the value of its shares on the stock exchange. As a curiosity at the end, it can be said that after leaving the company Danielsson, Erik Gatenholm is presented in BICO as the only “founder”, excluding Martinez. It can therefore be assumed that the situation is still developing … 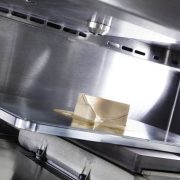 EOS opens another AM Innovation Center in Southern California