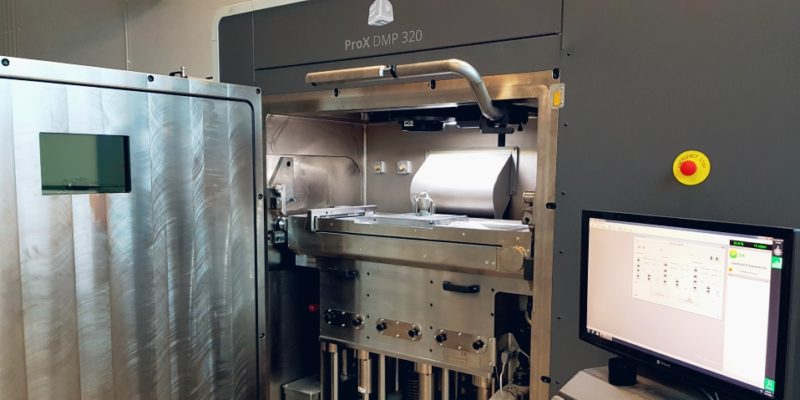 3D printing (also known as AM – Additive Manufacturing) is one of the hottest topics of recent years. The largest newspapers and web portals write about it, the largest television networks show it, and the largest radio stations talk about it. Recently, 3D printers have even appeared in movies and series, playing quite important roles for the development of the plot.

Unfortunately, most people are still groping about this topic, not fully understanding what it is all about? The vast majority of people in the world have already heard about 3D printers, but hardly anyone saw them live and know what their operating principle is? Around the 3D printing technology has accumulated a lot of myths and ideas that do not have much in common with reality. In this article, I will try to explain some of the most important concepts and to visualize the nature and specificity of 3D printing.

Let’s start with the most basic thing – the naming, because it is a rather complex topic… 3D printing as a new manufacturing technique was developed in 1984 by American Charles Hull and was called “stereolithography”. The technique was based on laser beam selectively cured the light-curing resin, thus creating a three-dimensional object.

Stereolithographic technique (SLA) has also gained the name of an additive technology, i.e. one by which objects / things are created by building them layer by layer.

3D PRINTING – a manufacturing method involving the applying a layer to the layer of some material which is bond selectively.

The additive manufacturing is therefore the reverse of the subtractive technique, where the material block is removed with cutting tools its allowance, thus creating the target model (i.e. CNC milling).

Shortly after Hull, successive inventors, scientists and engineers developed other, independent additive techniques that differ in the material used, its form and the method of bonding. And so Scott Crump developed the FDM method, Carl Deckard made SLS – sintering of powdered plastics with a laser beam (on the basis of which later 3D printing from powdered metals was created), Al Siblani made DLP, i.e. curing light-curing resins for using the light emitted by the DLP projector, and specialists of 3D Systems and Objet made MJP (Multi Jet Printing) and PolyJet methods consisting of spraying light-cured resins (in a similar way as ink-jet printers on paper) and curing them with UV light.

In 1993, Massachusetts Institute of Technology (MIT) researchers developed 3D printing technology from gypsum powder, which in subsequent years began to be additionally coated with color. The team leader – Emanuel “Ely” M. Sachs, called this method “3D Printing” (3DP – 3D Printing), which over time adhered to all the additive manufacturing techniques known to the world.

3D printing is a very capacious definition for a number of technologies that differ from each other in manufacturing processes, the materials that are used in them, and the type of objects that can be made of them. Some techniques are dedicated to creating relatively simple and cheap details, some to very precise and some to very durable.

To the “other” category we can include a whole bunch of manufacturing methods, whose creators try to incorporate three-dimensional printing in a rather stretched way. They are e.g.

The truth is that by definition, 3D printing can even be called applying ice cream to a wafer in a machine… The material is applied layer by layer, bonded in a selective manner creating a three-dimensional object. What is important here is a common-sense approach and demarcation of what is the real production method and what is only attractive packed marketing…

What is aAdditive Manufacturing used for and where?

3D printing have been brought to life as an alternative way of making prototypes. The advantage of this method over others was and are primarily:

Another advantage is the ability to print very complex geometries that cannot be done by other manufacturing methods (in particular, techniques using powders).

To sum up, as a rule (from which there are exceptions!), Additive Manufacturing:

At the same time, it has disadvantages… The biggest are the quality of the model’s production, which for now is not able to match injection molding, casting or CNC milling, and the length of high volume production. As long as we are manufacturing a few to several dozen details, the advantage is on the 3D printing side. When we enter in numbers of hundreds – thousands – millions of pieces, traditional production methods are unrivaled in this respect.

To be able to explain and understand it the easiest way, we can compare it to digital and offset printing. Digital printers print rather individual or small items (e.g. business cards, leaflets, folders in copies not exceeding hundreds or several thousand pieces), while on offset machines high volumes (books, newspapers, magazines, advertising newspapers counting thousands – hundreds thousands – millions) units).

Currently, additive manufacturing is used for the production of a very wide range of things: from prototypes of parts for devices and machines in industrial, aviation and automotive industries, to 3D printing of implants in implantology or prosthetics. The list of applications and implementations is huge, and their descriptions constitute the lion’s share of publications published on the portal…