SEB-COMP – a leading Polish company providing solutions in the field of 3D printing, has one of the richest offers of 3D printers and consumables on the polish market. The successively extended range of available devices allowed the company to consolidate its strong position on the market of additive technologies. The company has four points of sale in Poland, ensuring the widest, direct access to the offered products among all companies of this type in the country.

Now SEB-COMP is reaching another milestone, becoming the exclusive distributor of 3D printers in Poland from Wrocław ZMorph – a leading manufacturer of this equipment in the world.

ZMorph is one of the longest operating Polish companies on the 3D printing market. It has gained international popularity as a manufacturer of multifunctional 3D printers, which in addition to additive manufacturing technology (using one or several colors / materials) also offer users the possibility of CNC processing, 3D printing from semi-liquid materials and plotting with a laser head. At work, he uses proprietary software called Voxelizer. Currently, ZMorph operates in 40 countries on five continents.

In the SEB-COMP online store, the device is available in two variants:

Recently, ZMorph also announced a number of news, the premieres of which are planned for next year. The manufacturer of 3D printers intends to introduce new 3D printing materials and new 3D printers – ZMorph 3.0 and a photopolymer device using LCD screens at work. 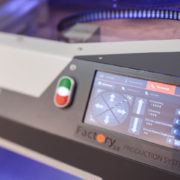 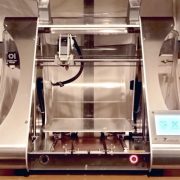