British company FabRx, derived from University College London, announced that their M3DIMAKER is now available for purchase. The device is defined by the creators as the first pharmaceutical 3D printer, developed for the production of non-standard drugs. For the first time it was presented at last year’s fair in Switzerland, but only now, after successfully passing all necessary tests, the device is commercially available.

The FabRx device allows the production of incremental tablets with a personalized dose of a drug substance, the so-called printlets. In addition, the 3D printing system allows the inclusion of several medicinal substances in a single tablet, with a view to creating drugs for patients who must take several drugs at once (children or the elderly).

FabRx has already tested the use of various methods for 3D printing of drugs – including FDM and SLS. The possibilities of the technology were tested on 3D MakerBot printers, which allowed the production of PVA printlets with the addition of paracetamol and caffeine. The possibilities of the SLS technique were tested by making tablets using a Sintratec printer. SLS allows for high control over the release of compounds and absorption of drugs at both low and high doses. Their M3DIMAKER device combines these two technologies (Fused Deposition Modeling and Direct Powder Extrusion), giving the possibility of efficient and safe work. The 3D printer allows you to create individual, experimental pieces as well as entire production batches.

The 3D printer is operated using a workstation equipped with compatible software that allows uniform dosing of the drug substance in the 3D printing area. The device has three print heads and a built-in error detection system to control the quality of manufactured products on an ongoing basis. At the same time, the 3D printer allows for high efficiency – the creators say that preparing a batch of 28 tablets takes less than ten minutes.

Everything is also done with the highest security standards. The device is protected by an individual code, almost impossible to break, i.e. the employee’s fingerprint – only qualified personnel have access to its service.

We have written many times about personalized medicine as a concept for the development of modern treatment methods. 3D printing technology has a significant impact on this field, which allows, among others for 3D printing of medicines in which the dose of medicinal substances is adapted to a specific patient or the production of medical implants with special geometry. The extensive topic of using 3D drug printing technology has been described in the article “Does 3D printing of drugs make sense? Analysis of the use of additive technologies in the production of pharmaceuticals “ 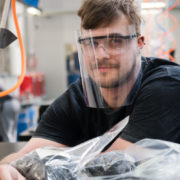 How does Sinterit use its 3D printers to manufacture personal protective equipment? 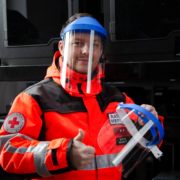 The potential of 3D printing in the automotive industry has been discussed and ...

The COVID-19 pandemic has forced many companies to change their current strategies and ... 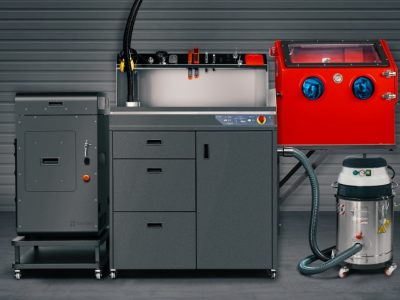 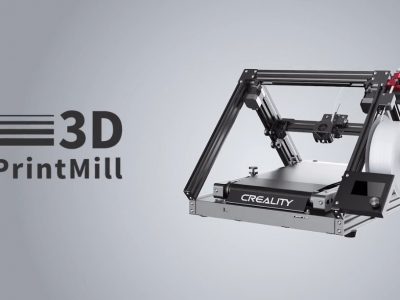 At the end of August this year Creality – one of the most ...