Josef Průša – founder of PRUSA Research, one of the largest manufacturers of FFF 3D printers in the world, and also the largest manufacturer of devices in the amateur segment, recently announced that it had exceeded the number of 100,000 3D printers sold throughout the short history of the Czech company. In January 2019 alone, PRUSA Research completed 14,000 shipments, about half of which were 3D printers (the rest were filaments and accessories). This is a pretty good time to briefly explore the phenomenon of Josef Průša and the sources of his gigantic success …

The flagship product of the Czech manufacturer is the iconic Prusa i3, available in the Mk 2.5, Mk3 and Mk3S versions. For several months, the offer also includes the SL1 photopolymer 3D printer, however, it is the thermoplastic printing devices that still constitute the strength of the entire brand. 3D printers are sold in a self-assembly version and a complex version (the former ones predominate) and are open-source license from the very beginning. The popular Slic3r is used to prepare and cut 3D models, modified and adapted by the company to its own needs and settings. The offer also includes the proprietary filament – Prusament, which is gaining more and more worldwide, which is physically produced by PRUSA (many manufacturers of 3D printers order their own filaments from external suppliers) and a wide portfolio of accessories for 3D printers.

Průša’s history is as unusual as it is relatively simple… In 2010, a young Průša – a DJ with a strong technological edge, looking for tools that would allow him to create controllers for the console from which he played music in clubs, came across the project of the dynamically developing RepRap project. He built his own 3D printer on the basis of publicly available projects, but quickly found that the online canonical Mendel project by Adrian Bowyer was too complicated and decided to simplify it. Modified design projects hit the internet and soon became very popular in the RepRap community. The design of the young Czech had a working name “Prusa simplified Mendel”, but was soon shortened to the name of Průša himself, becoming a brand in itself…

Průša has published three versions of his design – the original “simplified”, i2 and i3. The latter has won the hearts of the community, becoming the most-built, duplicated and modified 3D printer structure in the world. After 2012, dozens of companies producing amateur 3D printers were created around the world, based entirely on the Průša project. However, the biggest fans of the young Czech’s solutions turned out to be the Chinese, who built their current power in the 3D printing industry based on his designs.

Josef Průša also had the ambition to use the popularity of his construction for commercial purposes, but his beginnings were not very spectacular. Although PRUSA Research was founded in February 2012, for the first three years the only outstanding “product” of the company was the founder himself, who was present at all kinds of conferences and events around the world, promoting 3D printing and open-source ideas.

June 2015 turned out to be a breakthrough, when the Prusa i3, based on a characteristic black and orange construction, saw the light of day. All previous promotional activities of Průša began to harvest, the interest of users in the original version of the most popular 3D printer grew, and the company itself began to develop dynamically. In March 2016, it already employed 30 people, and the monthly number of 3D printers sold reached the level of 500 units!

This, however, was only a prelude to a real boom for the devices of the Czech manufacturer… This is the increase in sales of 3D printers presented by the company over the years:

Currently, the company carries out several thousand shipments per month, of which approx. 7,000 – 8,000 are 3D printers (the rest are filaments and accessories). In January this year, the total number of 3D printers sold reached the level of 100,000 pcs. Therefore, no one should be surprised that in the “Deloitte Technology Fast 50 Central Europe” ranking, which evaluates the fastest growing technology companies in Central Europe, PRUSA Research took first place, with an increase in revenues at the level of 17 thousand percent!!!

What is behind the company’s success? In my opinion, three things:

Josef Průša is one of the pioneers of the RepRap movement and the creator of one of the first designs of 3D printers for self-assembly (contrary to appearances, there were many of them in history). So you can say that the dawn of his success is simply the fact that he appeared in the 3D printing arena earlier than others. However, it is not so obvious and simple. The creator of the RepRap project – Adrian Bowyer, despite several years of trying to find himself in the business, finally closed his company. Bre Pettis – co-founder of MakerBot, the first company producing amateur 3D printers in the world, has long been out of the industry. His former partner, Zach Smith, the creator of the first ever online store with 3D printer parts, said goodbye to her even faster.

In the case of Průša, the unique personality traits decided that over the years the Czech Republic has become not only one of the most recognizable figures in the 3D printing industry in the world, but also a very efficient and effective businessman, able to develop his company on the extremely difficult and ungrateful amateur market. 3D printers.

The Prusa i3 is not the best desktop 3D printer in the world – it is the best 3D printer for its price, while surpassing the quality of work of many more expensive counterparts. In the category of amateur devices it is absolutely unrivaled. If PRUSA Research decided to make a few design changes (e.g. by closing the working chamber), it could also successfully compete in the professional segment with other desktop devices (unfortunately, the open design of the device disqualifies them in many large production plants due to failure to comply with health and safety standards).

At the same time, fantastic marketing is behind the company’s success… An example of this can be the largest 3D printer farm in the world, standing at the PRUSA factory in Prague, which currently has 500 devices. It is debatable whether it actually fully serves its purpose (wouldn’t a SLS or MJF machine be better here…?) – however, its marketing power cannot be overestimated.

It is true that Josef Průša operated on a global scale from the very beginning, but it cannot be denied that he did not have any significant competition on the local market (for some time in the Czech Republic there was be3D, which had been a part of the IT corporation YSoft for several years). It is debatable what Průša’s operational activity would look like if it had to compete with 20-30 entities on a daily basis, as it was the case in 2014-2016 eg. on the Polish market…?

Anyway – PRUSA Research is a one-of-a-kind company. It is not only dynamically developing, but also effectively resisting the flood of the market by cheap Chinese copies of its own construction. Will the Czechs manage to maintain this crazy pace of growth…?

How does bioprinting help scientists to treat cancer? 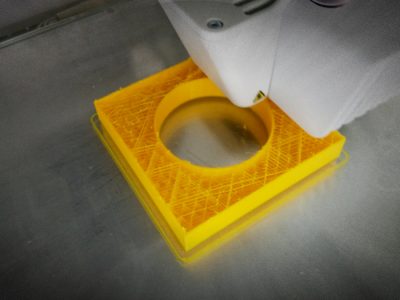 Sales of 3D printers are growing, but still not compensating for declines caused by the COVID-19 pandemic

The analytical company CONTEXT has published its latest report on the sale of ...

ALSO Holding is one of the largest distributors of technologies for the ICT ... 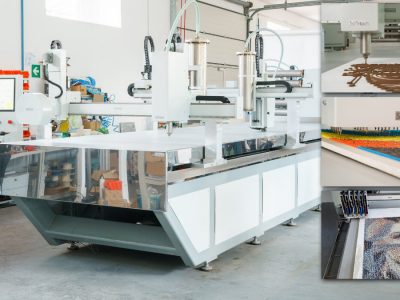