Chinese Flashforge – one of the largest manufacturers of desktop 3D printers in the world, announced the launch of a new device with two independent extruders and a heated chamber called Creator 4. The 3D printer is available in various extruder configurations that allow you to 3D print duplicate parts side by side to faster printing of larger production runs for different filaments. Contrary to the cheaper, typical desktop models of the company, its housing is made of stainless steel.

The device is controlled by 4 x 64-bit ARM Cortex A53 processors with silent drivers for ultra-fast and quiet operation. The steel housing is equipped with precision linear guides on the XY axes, which ensure printing accuracy and guarantee the creation of exact duplicate parts in simultaneous printing.

The manufacturer declares over 5,000 hours of stable and continuous printing. Flashforge Creator 4 is intended to be ideal for companies looking to increase the efficiency of 3D printing in industrial and commercial applications on a small and medium scale. 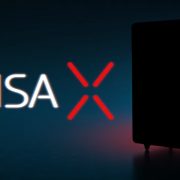