Aye Aye Labs is undoubtedly one of the most original and outstanding companies manufacturing 3D printers on the Polish market. In the world, where almost all of the 3D printers look the same, a company managed by Tomasz Zawada i Agnieszka Miśkowiec created a 3D printer, which looks rather like a fridge from the 50’s, than a machine for solid printing.

This amazing design combined with a large size (working area of 35 x 35 x 60 cm) and speed which is (probably) higher than Ultimaker, cause that you can not feel indifferent towards this device.  Also its name is one of a kind – HotRod Henry. Now, the company is trying its luck on Kickstarter, offering a new supercharged version of HotRod and also bringing HotRod MINI of typical working area of 22 cm in each axis, into the offer.

Aye Aye Labs came into living in the autumn 2014 during trade 3D Show in Warsaw, where it was one of the founders of the event. The company met there with big interest because of their original constructions, which were totally different from classic 3D printers. Since than, HotRodHenry was presented on another trades in Poland and abroad, becoming more and more popular. One of the hottest projects of the company was creating of 1:1 replica of Paula McCartney, what was on the tapis of international media.

In the meantime the company was trying to come into contact with distributive companies (for example: it carried out negotiations with ABC Data) but finally it decided to restricts the sales to the internet page and direct contact with potential customers. The campaign on Kickstarter can totally change it. The company pledged for 75,000 €, offering two models of the device – HotRod Henry Supercharged for 6950 € (5950 € for early bird) and HotRod Henry MINI for 3590 € (3390 € for early bird). Putting aside the campaign, it is a great promotion of Aye Aye Labs, which can open new foreign markets.

The theme of the campaign is 3D print in art. At the beginning you can read an official manifest of artists using 3D print in their creative job (3D Printing Artist Manifesto), that sets the tone of the whole campaign. Don’t forget about do-it-yourselfers, enthusiasts of electronics, engineers and constructors – HotRod Henry is a device for open-minded people, who use a 3D printer and filaments to impress their emotions and show their modern artistis visions. Is it brave? Remember, that we are talking about the company which created a vintage 3D printer, which looks like a kitchen equipment. 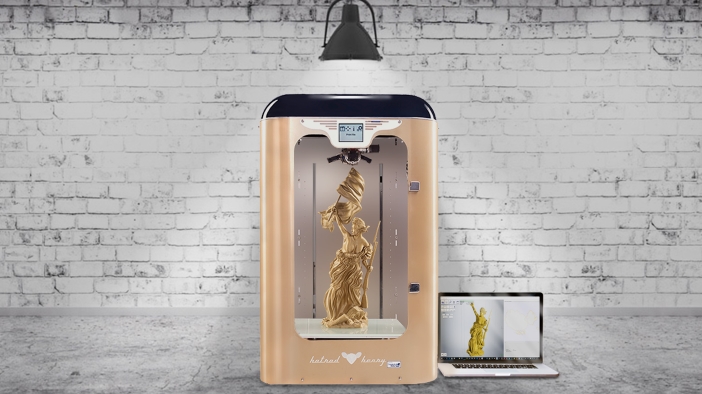 An aim of Aye Aye Labs was creating of a 3D printer which will shorten a time between an idea of a model and its realisation to the minimum. 3D print concerns not only production of ready-made models from the internet. It’s also creating of individual, beautiful applied forms.  It’s a complete cycle: from project, through preparing of your model and post-processing. Actually, we can call it a creative process. Something, which helps to realise a vision but doesn’t dictate ready solutions.

HotRod Henry Supercharged is a device which may help with it. It offers a lot of useful functionalities…

First of all, it has a large working area of 35 x 35 x 60 cm, what makes HHR Supercharged one of the biggest 3D printers available on the market. Moreover, the speed of the 3D print is crucial in case of such a big size. According to the producer, it can print in speed of 200 mm/s, and in speed over 300 mm/sec 3D prints have lower quality.  The third thing – precision of 3D prints (the manufacturer doesn’t mention about it in the context of maximal speed) and finally – it is possible to use almost every material available on the market. Even POM!

Especially for needs of the campaign, Aye Aye Labs crated a smaller version of the device HHR Mini. It is build from the same components and bases on the design applied in the big model. Its working area is 22 x 22 x 22 cm.

In contrary to most of low-budget 3D printers, HotRod Henry doesn’t use open-source software. A slicer and host is RealVision,  added to the device. As far as electronics is concerned, it was created in cooperation with CreateitReal. According to the producer, the electronics is responsible for ultra-quick speed of the 3D printer.

The campaign will be finished in the middle of July. Will Aye Aye Labs receive 75,000 €? Of course, I keep my fingers crossed for them and I wish the team from Kraków good luck, nonetheless the history of Kickstarter shows, that projects which succeed don’t costs 6950 €, but f.e. 347 $. Regardless their potential success, Aye Aye Labs has a chance to present its product to wide spectrum of people in the world and make interesting distributive contacts. 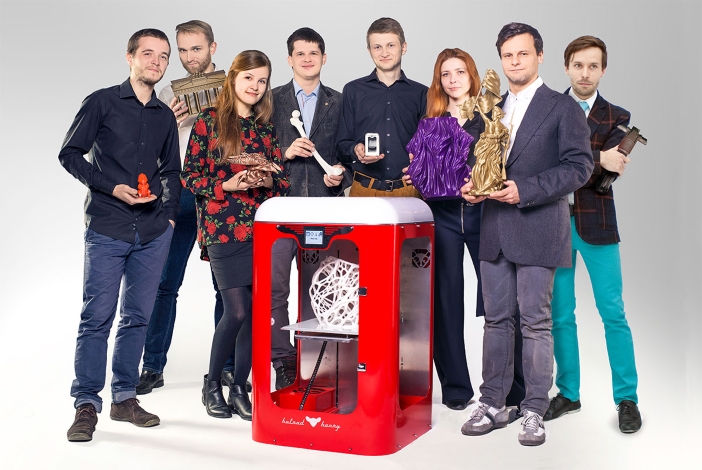 On the other hand, if the campaign fails and doesn’t bring expected results, it may mean, that the world is not ready for 3D printers, which doesn’t look like 3D printers…