In recent months, manufacturing companies have been forced to transform at an unprecedented pace. Their goal was not only to find ways to innovate, but above all to optimize energy-intensive processes. The concept of Lean Manufacturing, often associated with 3D printing technology, has gained in popularity.

An efficient supply chain is an integral part of every company’s success – proper management speeds up the delivery of products, reduces costs and prevents delays, which can be costly both for the company’s financial performance and its reputation. How can 3D printing technology and the lean manufacturing concept become a permanent part of production management?

What is Lean Manufacturing?

The combination of 3D printing technology and Lean Manufacturing

Even before COVID-19, many companies used 3D printing technology to produce spare parts. These include mainly manufacturing companies in the automotive, aerospace, railroad, medical, food, and architectural industries… but not only – the production of prototypes and final components eliminates the need for costly tooling, allows to generate up to 90% time savings and 80% cost reduction compared to traditional methods such as injection or milling.

Examples of application of 3D printing and Lean Manufacturing in practice

Now that we know the benefits of 3D printing and know the concept of Lean, let’s take a look at concrete examples…

In this case, the company, thanks to the use of 3D printing, significantly accelerated the transport of components inside the factory and, thanks to appropriate protection, reduced the loss of inventory, saving additional storage space.

As you can see from the above examples, 3D printing is a very versatile technology that can be used in many industries and in many ways. First of all, it will work well in production companies, but also in design offices. Thanks to it you can improve the quality of company management, so any manager who wants to introduce lean manufacturing values in the company should consider implementing this technology.

3D printing also reduces the market entry barrier for small companies. Thanks to this technology you can reduce the cost of creating the first iterations of a new product to several hundred zlotys. That is why 3D printing on demand is advisable for all technology companies, especially startups, for which the cost of creating several prototypes with classic methods may be too high. 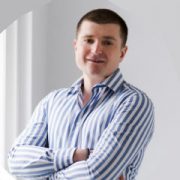 Meat industry – will 3D printing be used there?

The Covid-19 pandemic has brought about many changes in the way business is ...

A few years ago, the furniture industry discovered the benefits of 3D service. ...

More in Opinions and analyzes

3D printing at the Tesla factory

Elon Musk is considered one of the more controversial figures in the business ...

How will the value of the 3D ceramic printing market increase over the next decade?

There is more and more talk about ceramics 3D printing. The companies add ...

Impact of additive technologies on the traditional supply chain

Recent months have proven that additive technologies can have a significant impact on ...