The type of desktop 3D printer that you own (or have access to) is definitely important as to the quality of print that will come out, there’s no doubting that. But, the type of material fed into the printer is arguably just as vital to the outcome of your 3D printing endeavors. In a market comprised of a fairly large amount of different 3D printers and filaments, information on how to utilize these filaments, their mechanical properties, and how each printer corresponds with them is severely lacking.

That’s why Arthur Sebert and Gregoire Bertacco started 3D Matter, the Brooklyn-based 3D printing ‘materials specialist’. 3D Matter is aiming to unfold every single corner of thermoplastic 3D printing materials, from the finished print quality to mechanical properties. I had the opportunity to visit the young startup at the interdisciplinary workspace called New Lab, which is located in the Brooklyn Navy Yard, to meet the 3D Matter team and talk to Sebert about the current state of their OptiMatter platform, thermoplastic materials, and the 3D printing industry. Sebert began by telling me why Bertacco and him started 3D Matter in the first place.

“We started 3D Matter about a year and half ago, we saw materials as a gap in 3D printing. We were trying to democratize the technology more to functional parts. It was used in niche applications, it was used in prototyping, but we didn’t see it used for functional parts. At first, we thought it was because of the materials, which we still believe is partly true, but we saw a lot of people doing great formulations, bringing new materials to the market. What was really lacking was the characterization of those materials, assessing or predicting what would happen once it was processed with a 3D printing technology. So we started doing testing on certain parameters, trying to understand what happens to a 3D printed object as opposed to injection molding or other traditional manufacturing methods.” 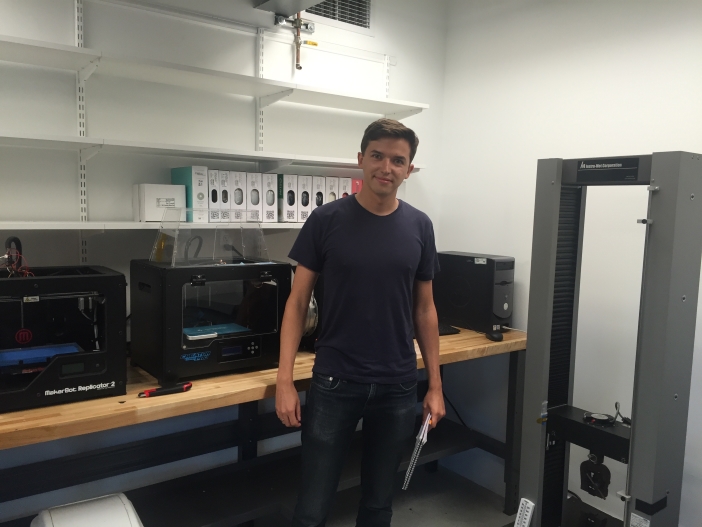 The startup has a modest testing lab containing a handful of FDM 3D printers, a Formlabs Form 2 SLA printer, a tensile tester, and an impact tester, meaning they do every step of their process in-house. 3D Matter has conjured up two primary tests for these thermoplastic materials The first is a mechanical test, which includes testing on tensile strength, elongation, young’s modulus, as well as impact resistance testing. The second main test is a visual quality test, which they’ve created a 3D model comprised of many nuanced details, allowing them to test on multiple aspects in one ‘Test Man’ print.

“For the visual quality test, we’ve developed a file called ‘Test Man’, which combines a lot of the different aspects of what we feel entail visual quality,” Sebert told me. “We have a lot of geometrical shapes on it, which will test the accuracy of a cone or right angle, but we also have parts that relate more to figurines or really small details or textures. Both aspects are very important to what we call visual quality.”

We then started to discuss the differences in each type of thermoplastic, and got to talking about why PLA and ABS are so much more popular than other materials, such as TPU, PET, Nylon, and PC. According to Sebert, there’s no denying the PLA and ABS are the go-to polymers, but also believes that as people start to see the value of lesser used thermoplastics, a subtle shift towards other types of materials will begin.

“ABS is popular because the mechanical properties are very useful for prototyping. PLA came strong onto the market because it’s so easy to print, and in our mind, it’s still the easiest polymer to print with, Sebert said.” However, I do think there will be a shift in the balance. There’s new chemistries coming into the market, TPU, PET, Nylon, and PC are all other materials we’ve tested in our most recent study. Each one has unique properties for many applications, for instance, I wouldn’t be surprised if we saw PC replace ABS to a large extent. Not systematically, but PC has a lot of advantages over ABS for a fairly similar type of polymer. It’s not like ABS and PLA will stop being used in the future, but these other materials will likely become more prominent.” 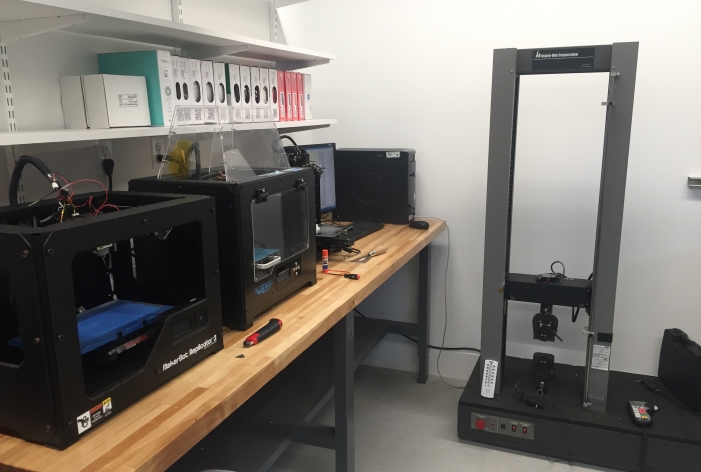 With their comprehensive testing, 3D Matter plans to make an equally comprehensive 3D printing material optimization tool, which is called OptiMatter. Currently available in a free version, OptiMatter aims to provide an all-encompassing platform that will utilize a wide range of data on materials, 3D printing technologies, and parameters to help users calculate the optimal printing configuration for their personalized requirements.

“We’re really trying to focus on building a product that makes the market more transparent and accountable. I think, because there is no real standards today for 3D printing, material suppliers have no incentive in putting together a replicable procedure to test their materials,” Sebert explained. “So, what we’re doing is testing any producer or supplier the same way, and I think that objectivity is the biggest value of OptiMatter. That’s why they want us to test it in a very consistent and replicable matter, so they can go out to their users and offer them objective data.”

Although 3D Matter has uncovered a lot of information about thermoplastic materials, there is more work to be done with FDM printing technology, such as improvements for visual quality and print speed. In order to do that, according to Sebert, 3D printer manufacturers and filament producers have to work in tandem to improve both the materials and the machines. 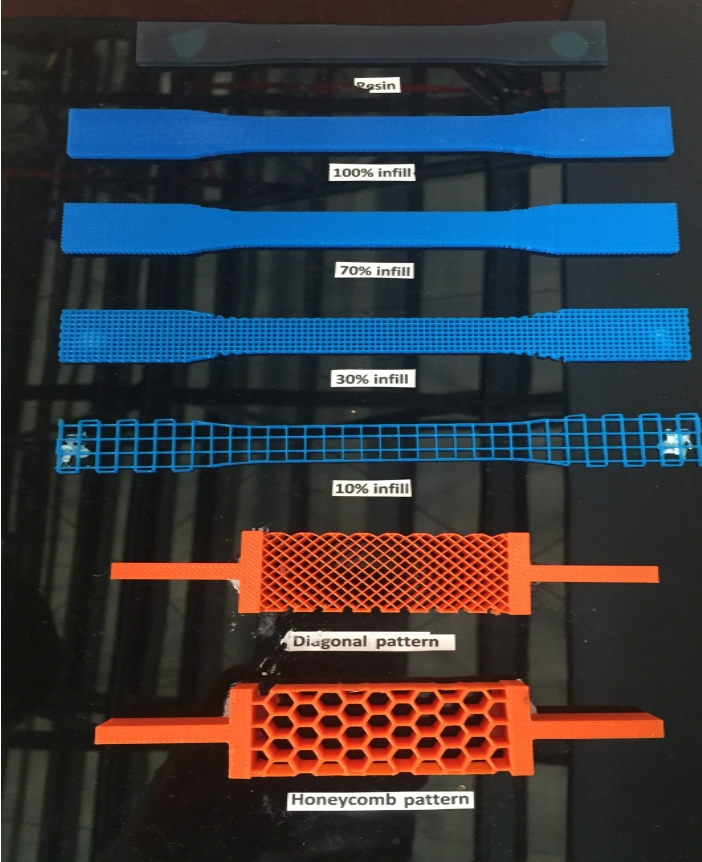 “A lot of things that are lacking in FDM, like visual quality and print speed, I think are to a large extent related to the machine. But, upgrades will have to be done hand-in-hand with material suppliers,” said Sebert. “So, it will be an iterative process where the machines improve and then the materials will have to follow up. I think there’s a bit of a ping-pong for improving print speed and visual quality. I’m actually very optimistic about the emergence of conductive, magnetic materials, and the specialty blends have been a great innovation as well. Copper fill looks great, but has poor mechanical properties, so how do you improve that? We try to be agnostic on that end, we wait and see what material suppliers do and have them properly assessed.”

Although industrial machines are impractical to test on because of their extremely high price, 3D Matter has managed to implement certain materials, like Stratasys’ ULTEM and EOS PA-2200 Nylon, into their testing regimen. In our talk, Sebert also cited his excitement for multi-material capabilities, but also noted that it would increase the difficulty of their testing process (a challenge that they welcome with open arms). All in all, 3D Matter’s OptiMatter will definitely serve as an ally in the fight to improve 3D printing technology and its corresponding materials.

How to reuse tires in 3D print?