In the first part of my tutorial I presented a preparation of my 3D scanner, in the second I described how to put all of the electronic components together. Today we will focus on the easiest and the most pleasant stage – we will finish an assembly of the scanner.

The casing of the FabSacn is usually mounted with M4x20 screws, so if I don’t tell  which type of screws you need to use, I mean this type. 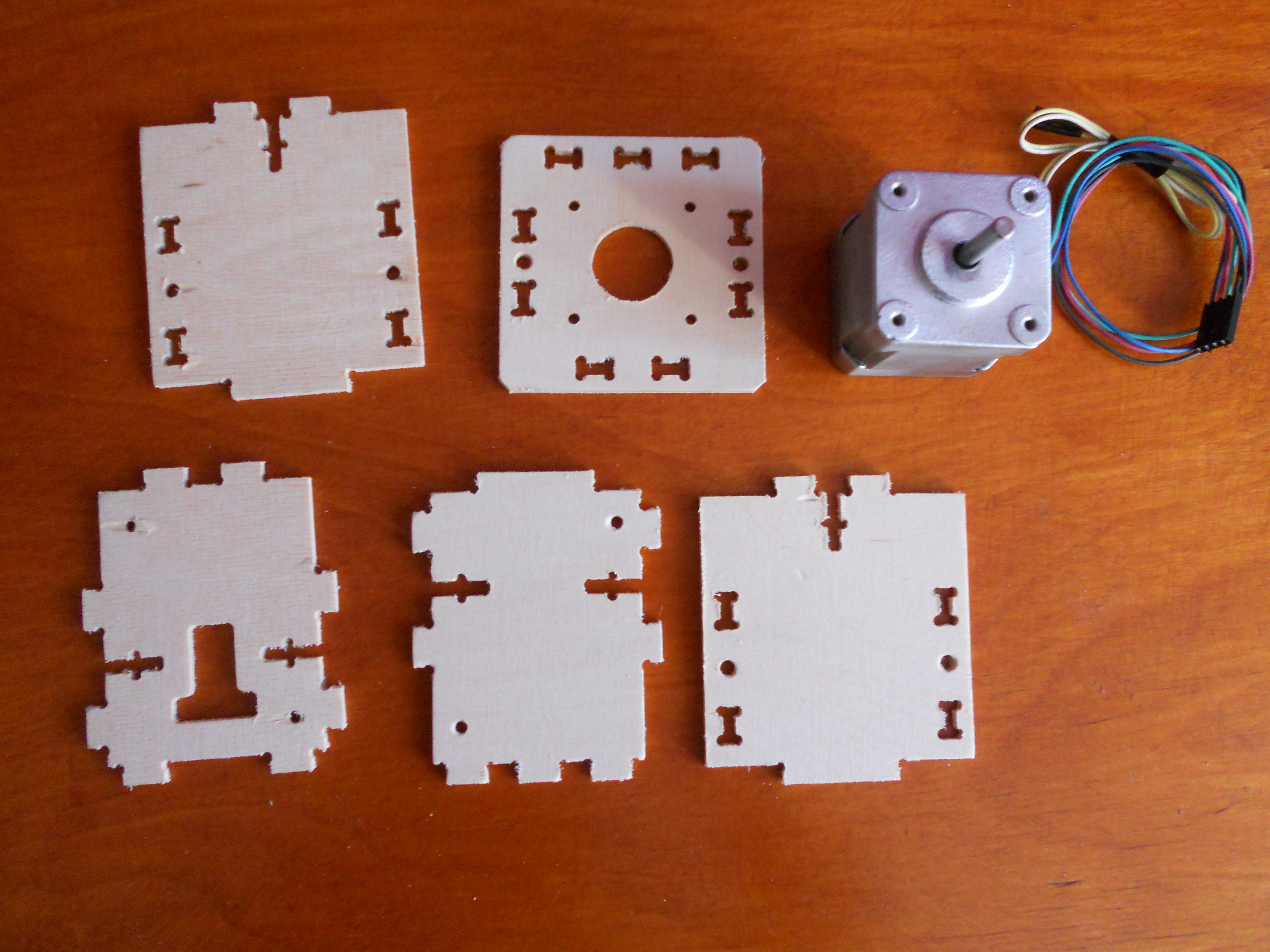 At the beginning we will assemble a whole unit of a rotary table. This element bases on step motor. We will need four M2.5×10 screws to fix its lower enclosure. After that you connect four side walls and you put the assembled element on them. Remember to assemble the motor correctly – cables should go inside through an opening. 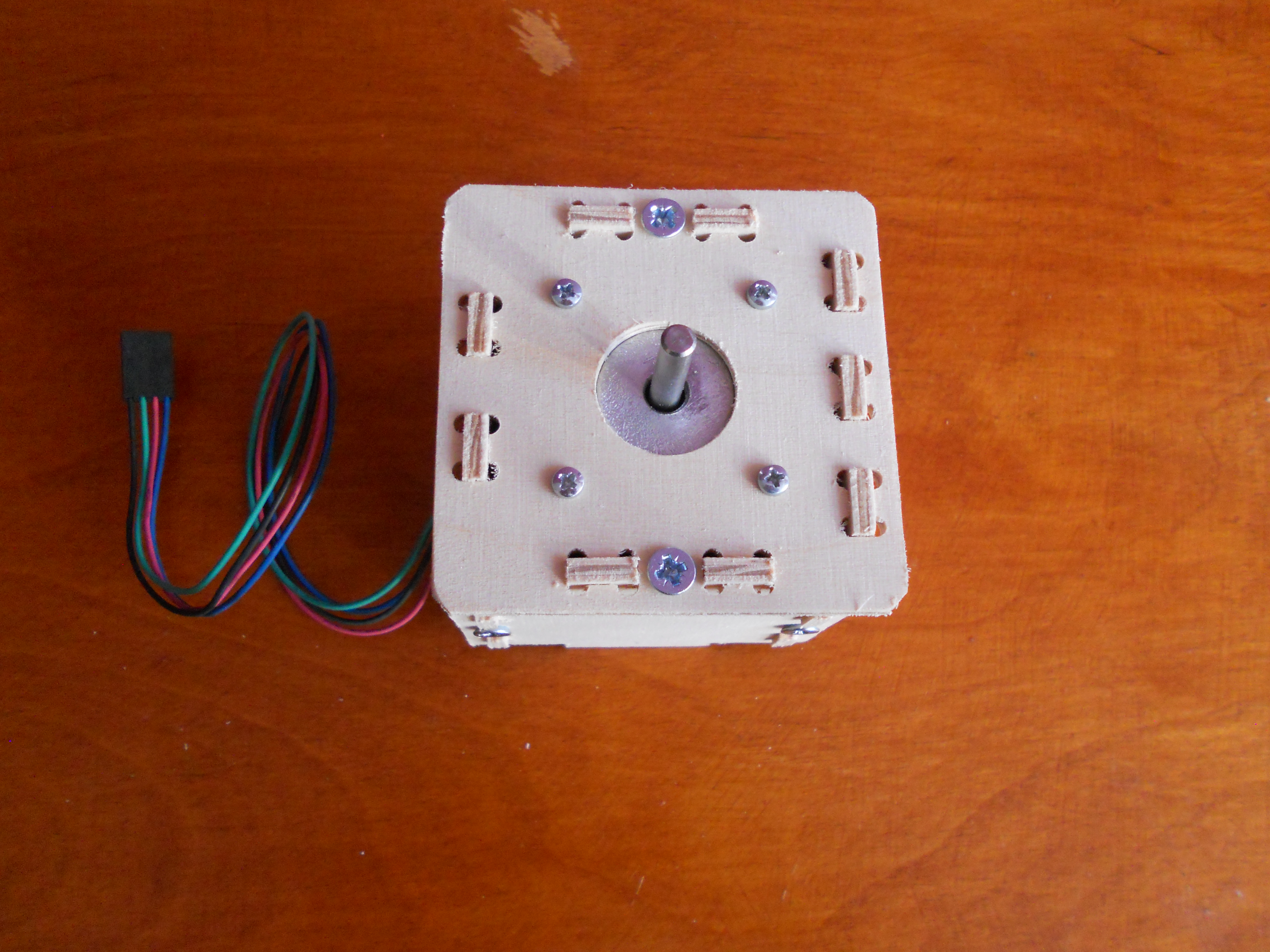 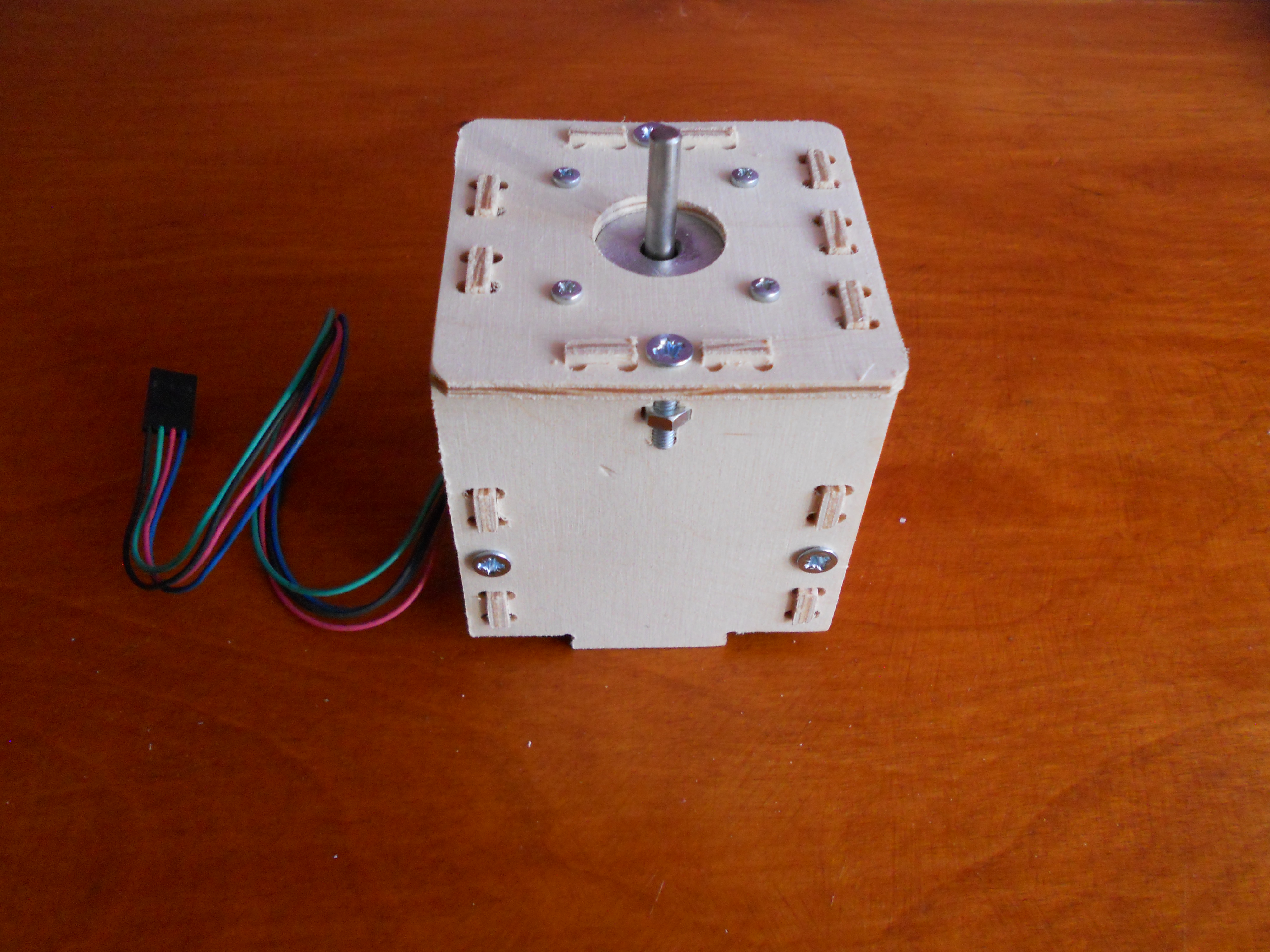 Take three round elements of the table (two smaller ones and the bigger one) and fix them withM4x20, like it is shown in the pictures below. Because the surface of the table should be perfectly flat, make bigger openings, to hide heads of the screws inside them. 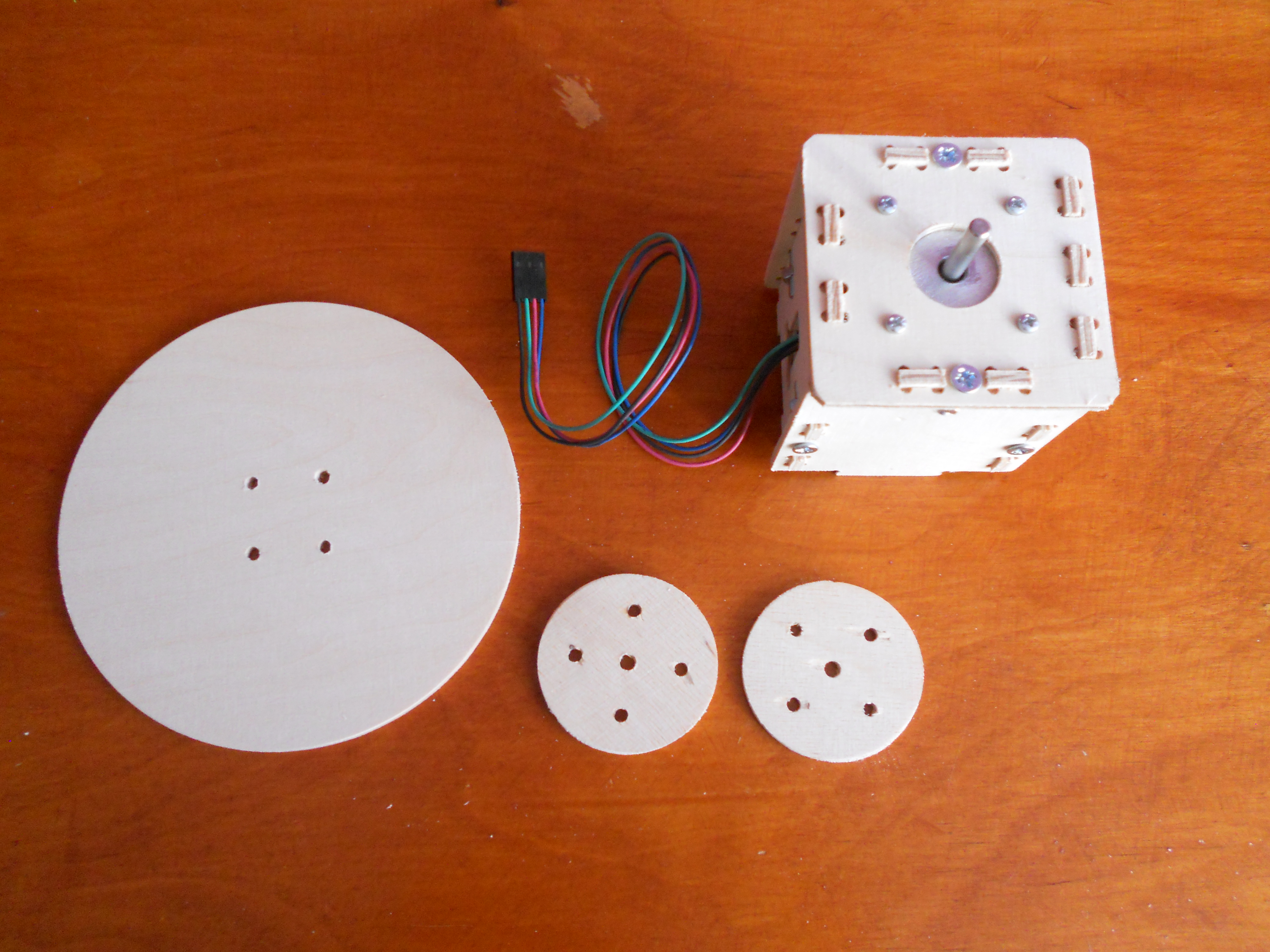 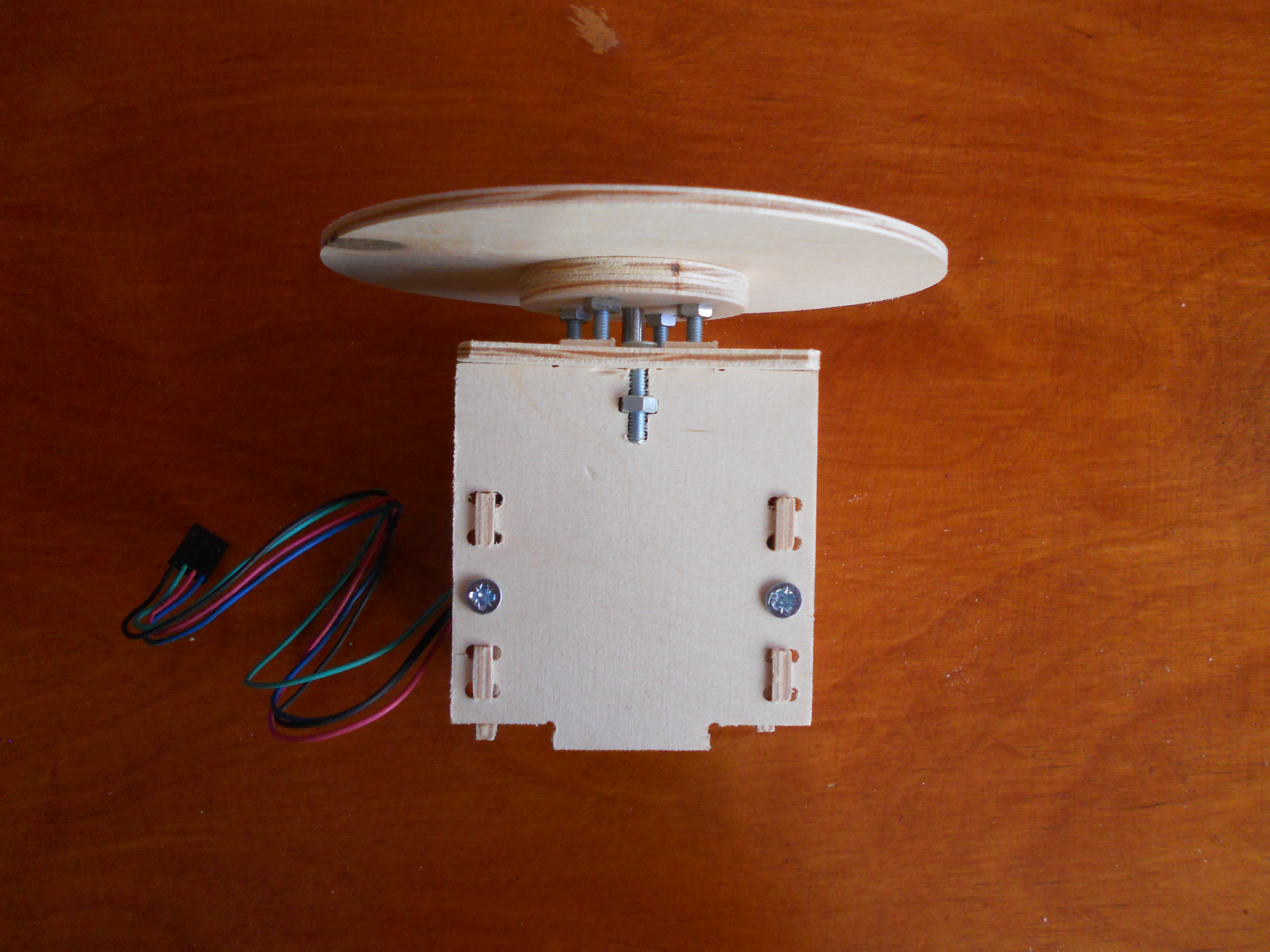 Put the table on the tang of the step motor. 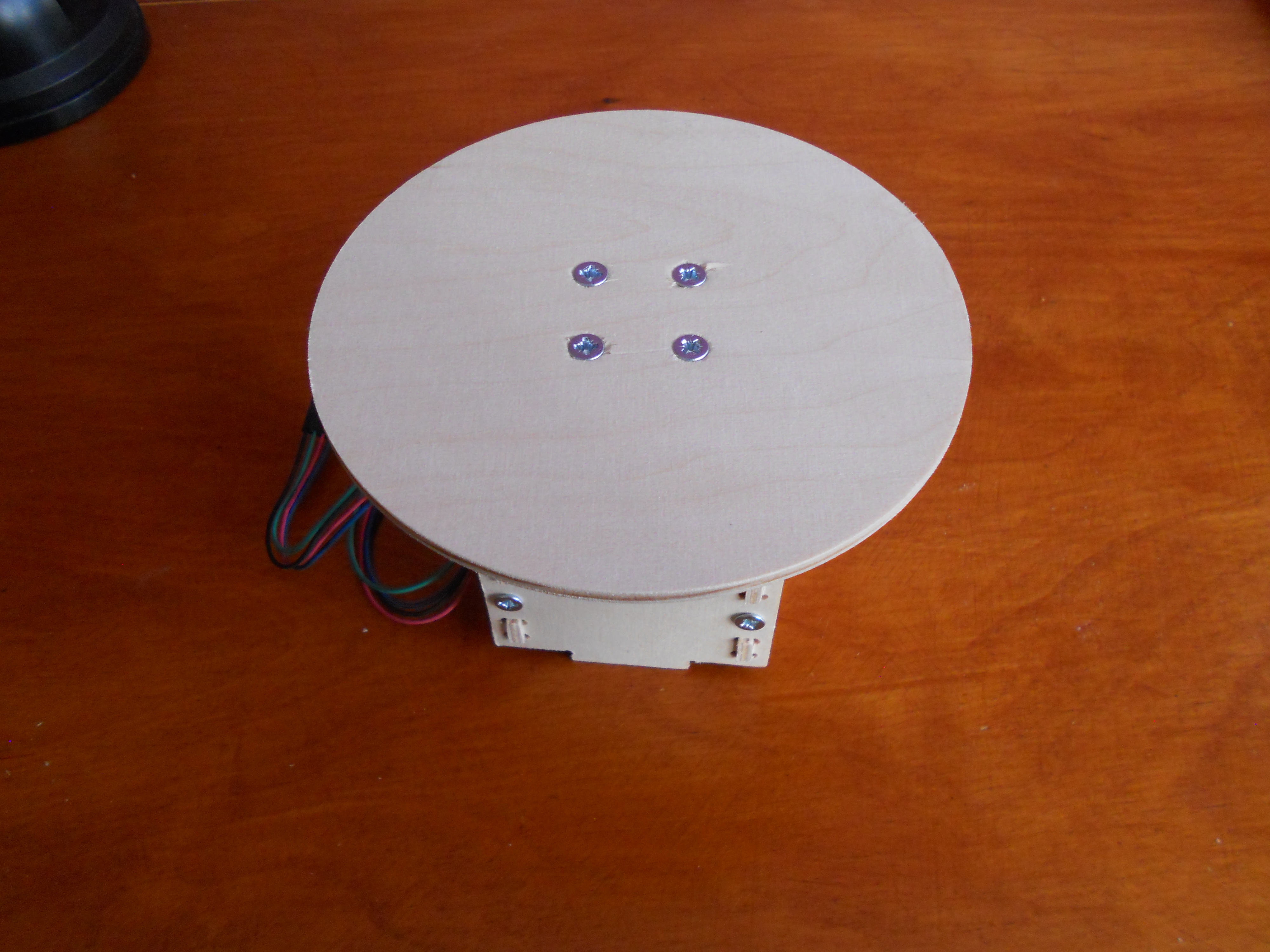 2. Casing of the line laser – to prepare it you will need the elements presented in the picture. 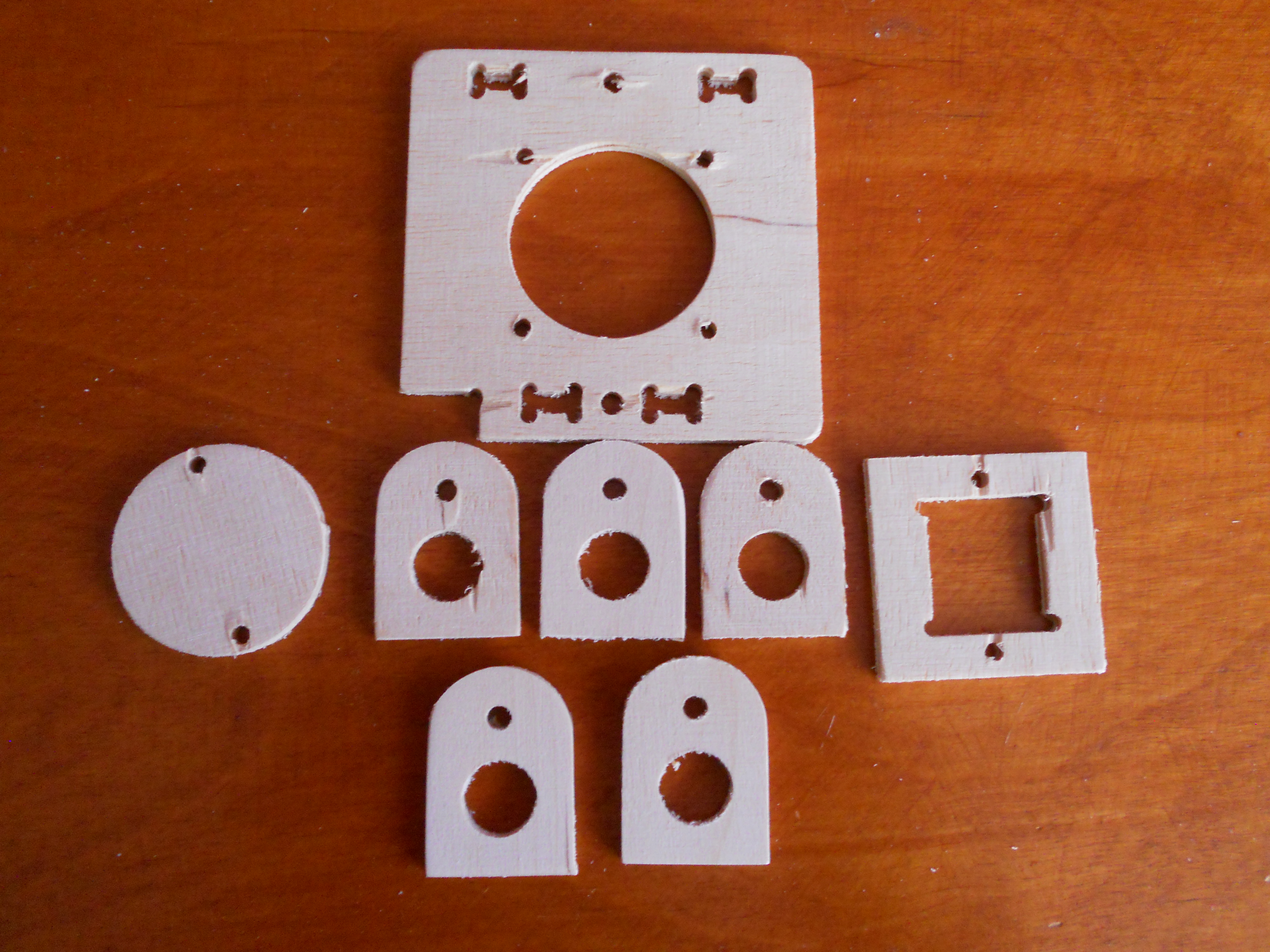 Choose five elements, into which the laser will be slipped ans we fix them with a M3x25 screw. If the opening is too tight, use a small file to make it wider. Use two M3x15 screws to tighten a circle and a smaller square-shaped element, after that slip it into the pre-prepared construction. Now you have a laser module, which you can freely turn. 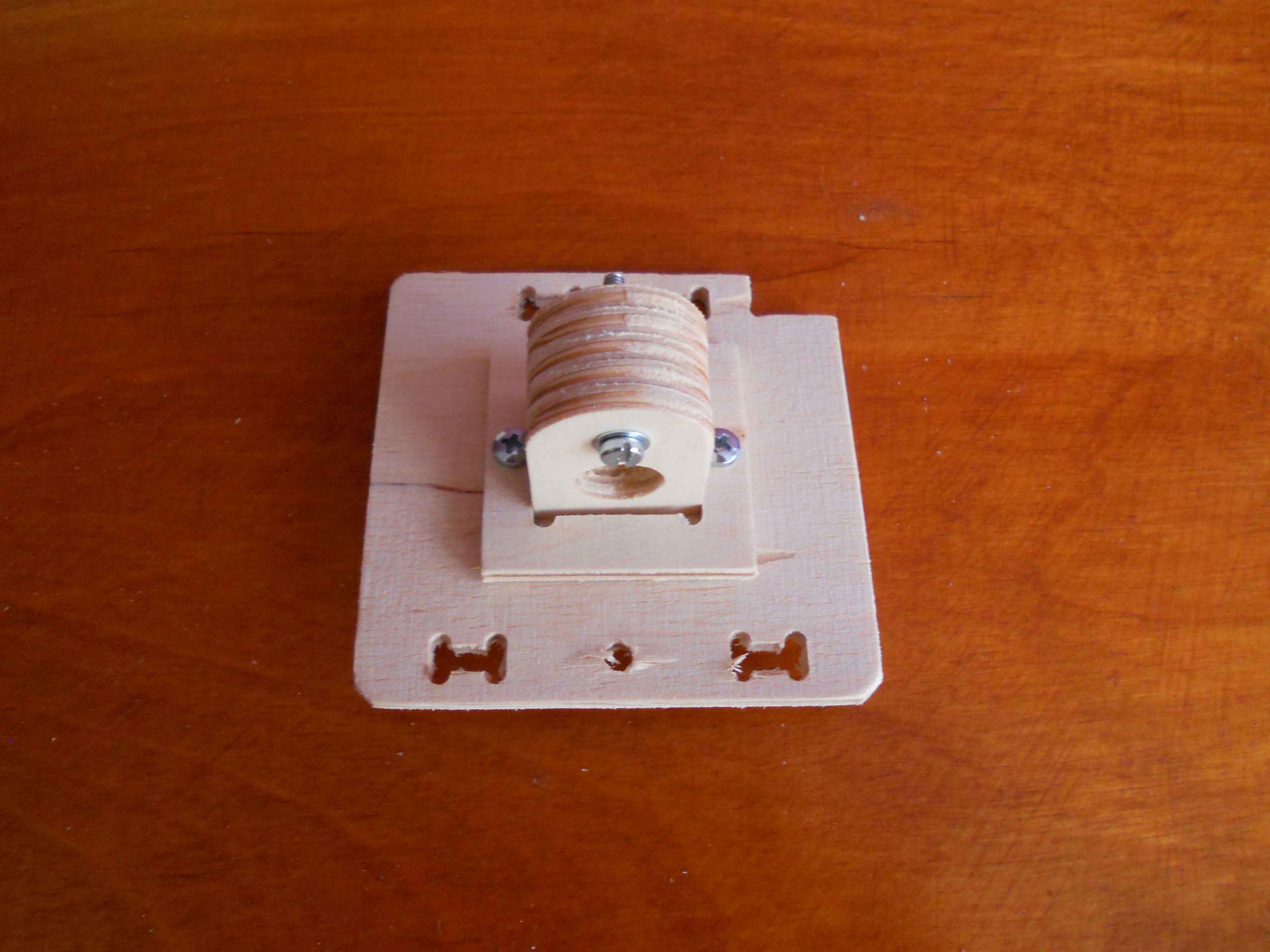 3. Take a lower part of the casing of the scanner and fix Arduino Uno with three M3x15 screws. Than you make a “sandwich” and you add a FabScan Shield and a stepstic. If you don’t want to lay Ardiuno directly on plywood, put one or two nuts on the screws, before you assemble the electronics. 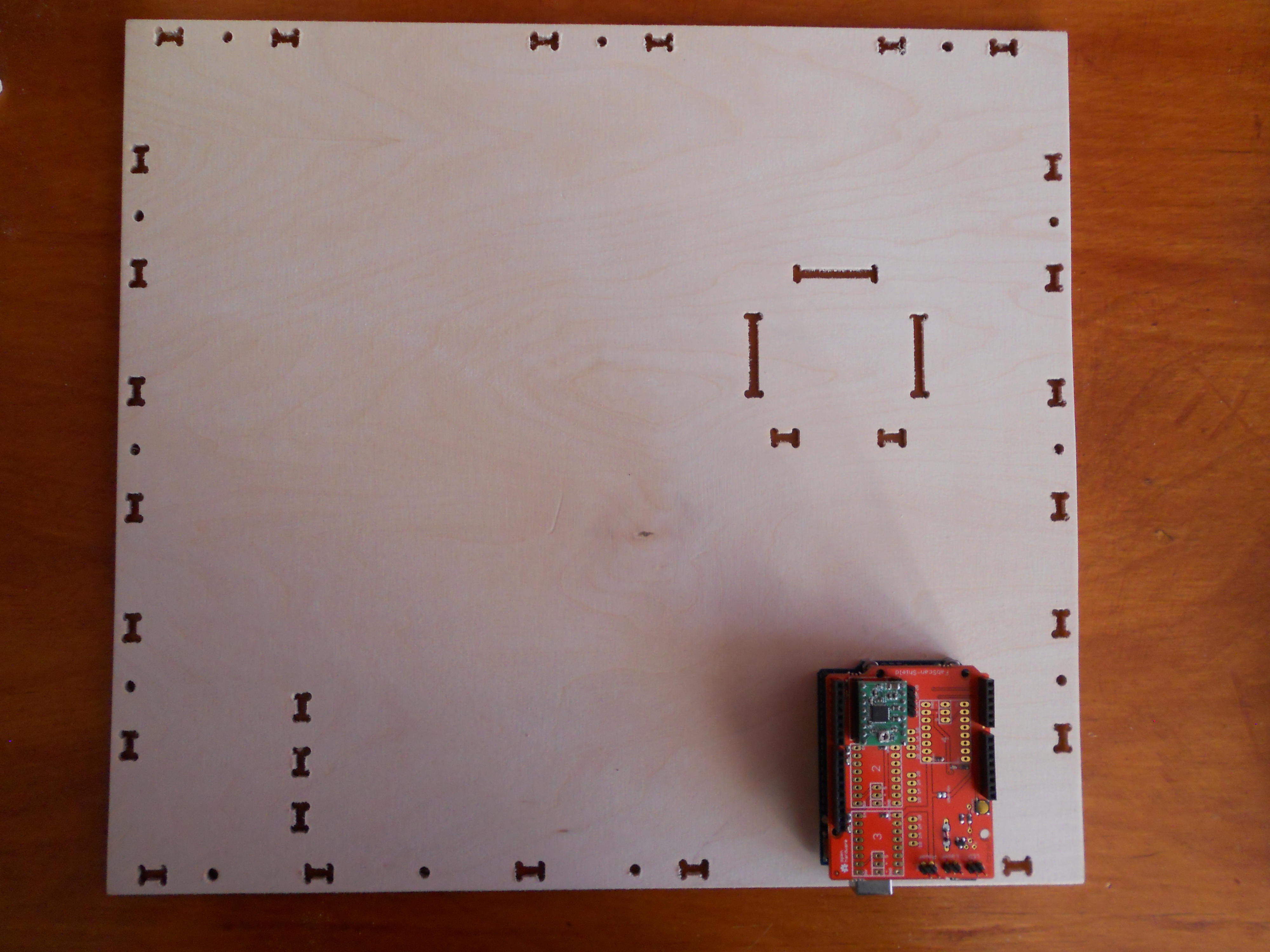 4. Slip the motor module into the openings in the center and fix it to the electronics. 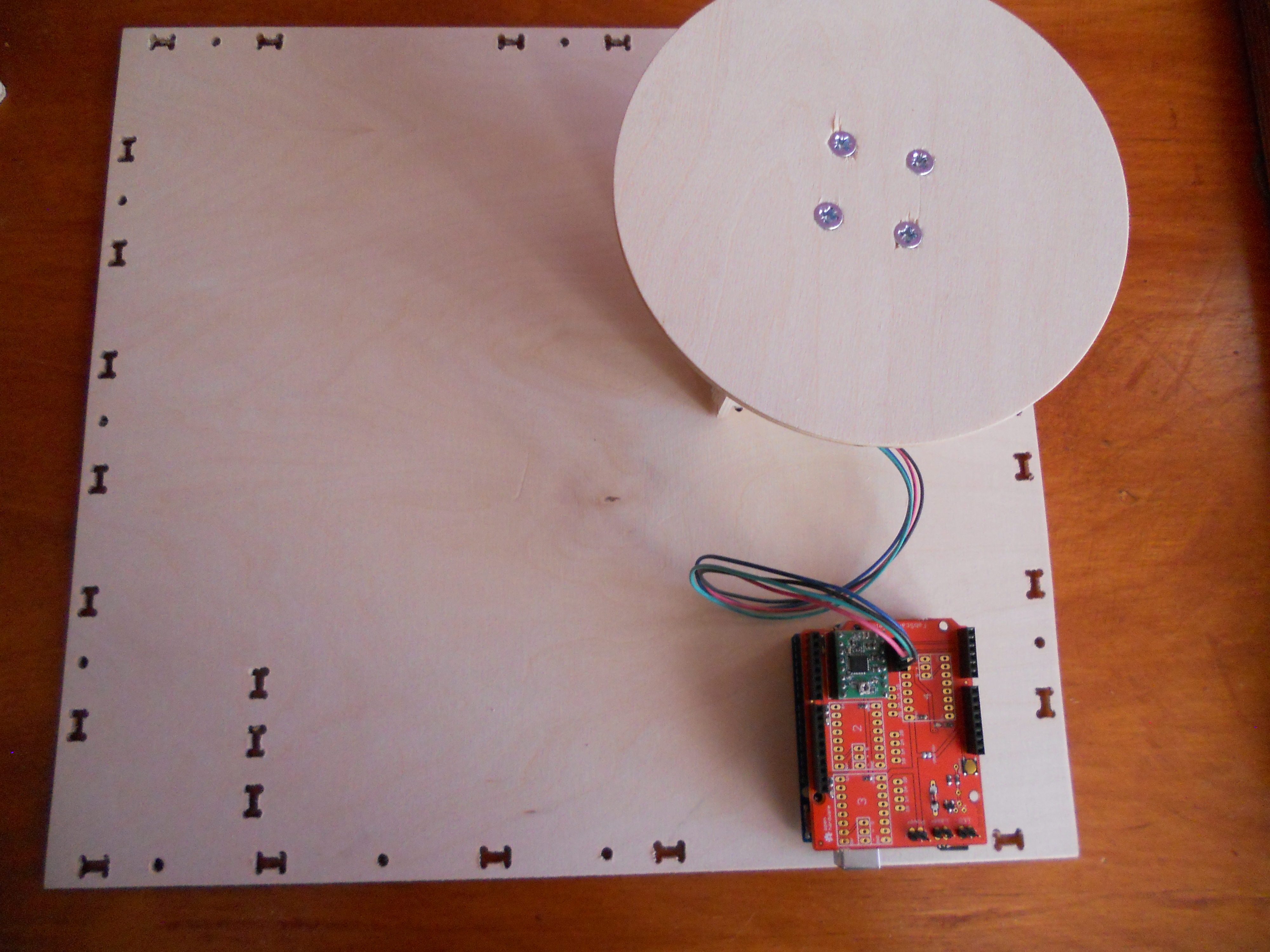 5. Put the front and site panel of the casing together (don’t fix them to the bottom). 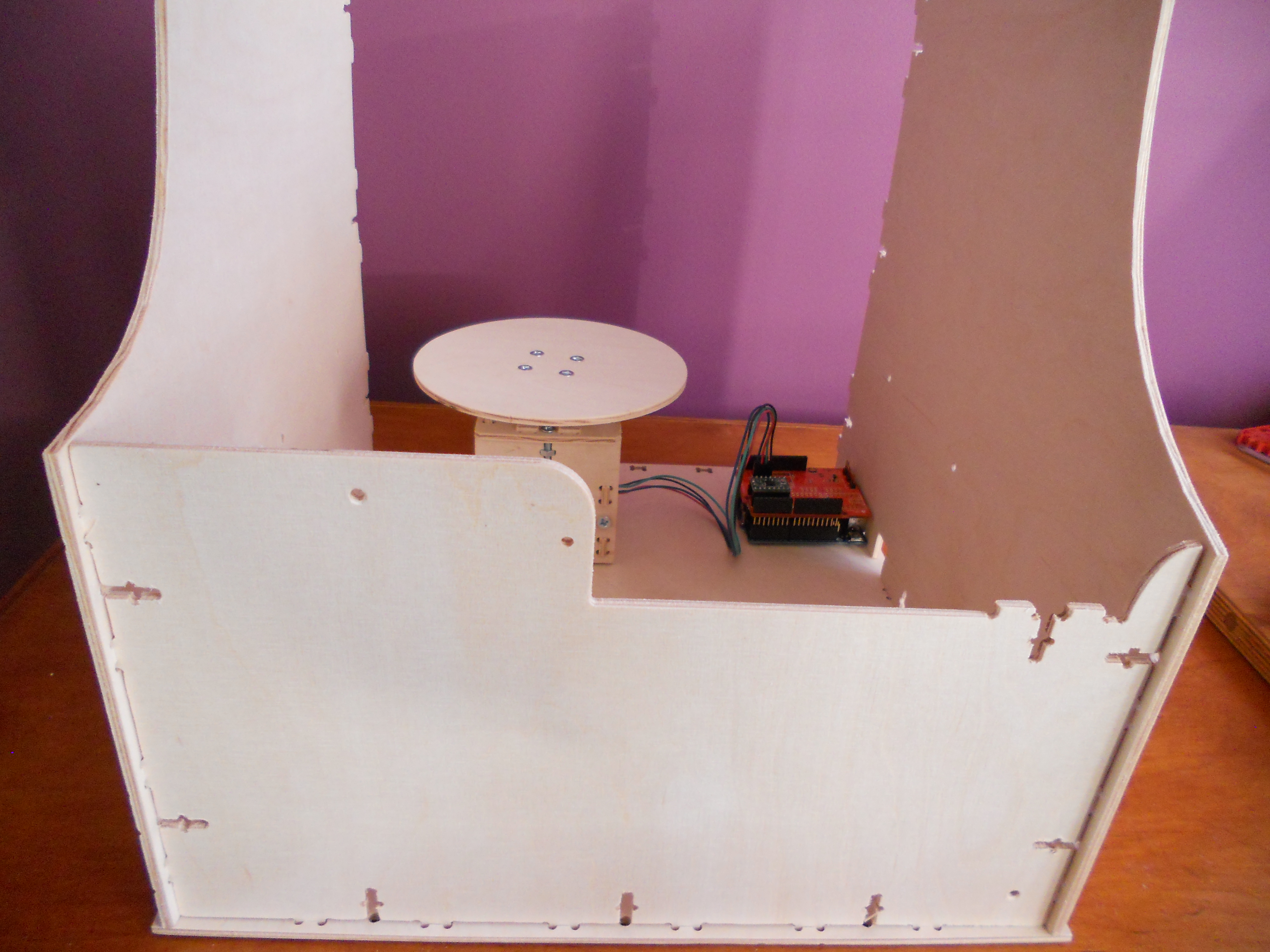 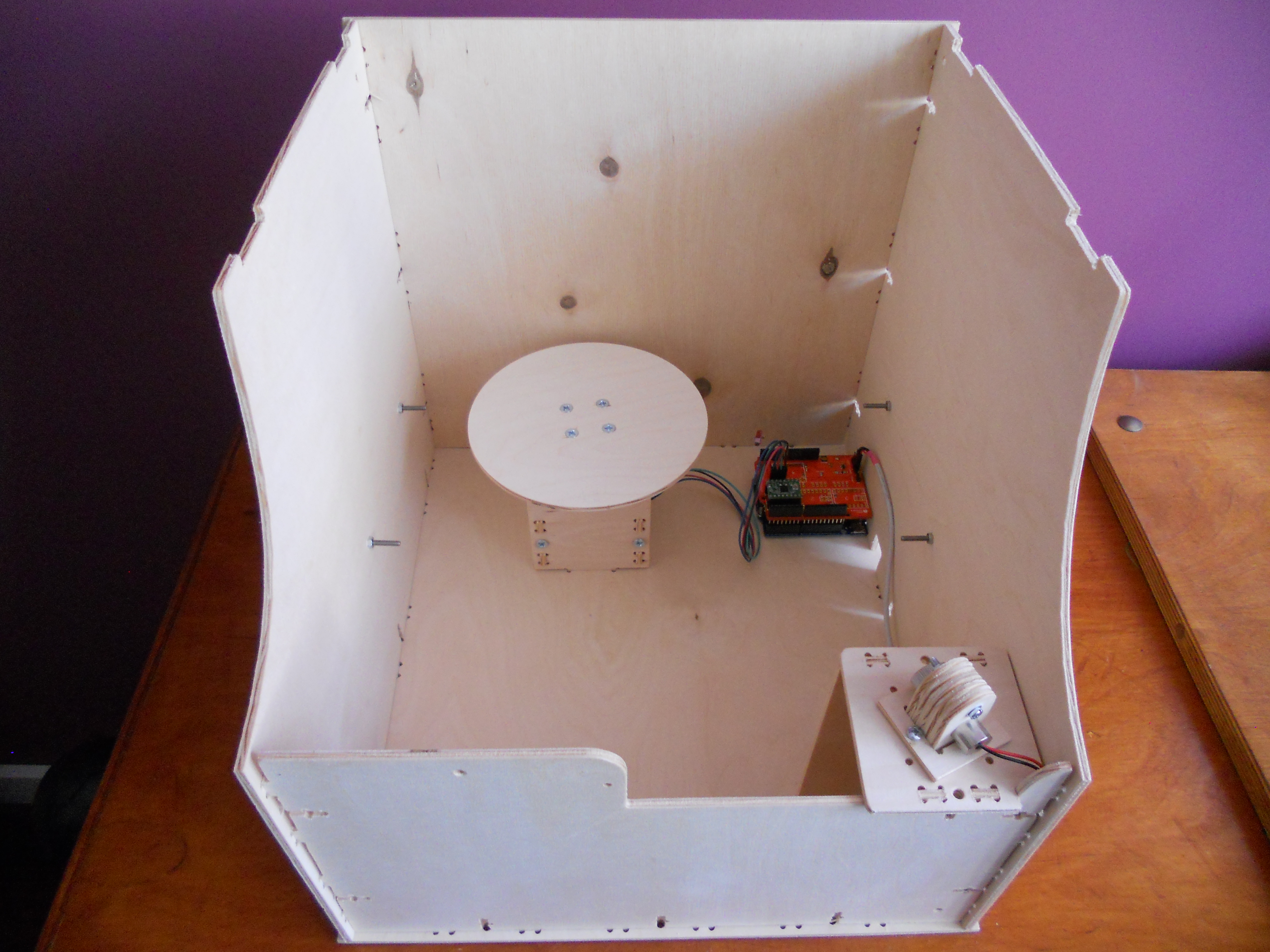 7. Screw the back walls together and and fix them to the foundation.

8. Put four M3x20 screws into holes located on the back panels. They will be used as a support for covering of the electronics and the motor. 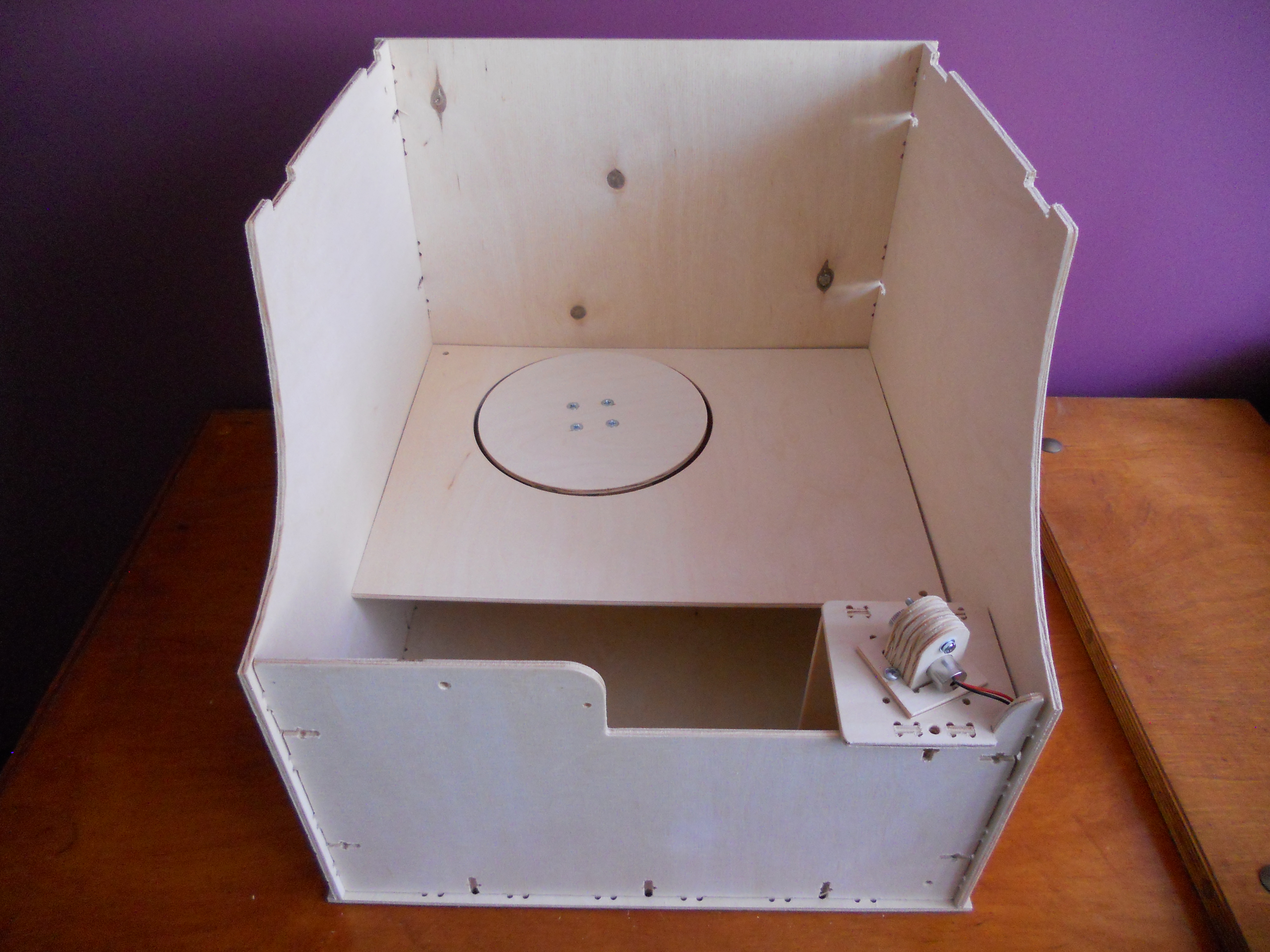 9. Screw the camera prepared before to the front panel. Screw two M2x20 screws, put pads on them and screw two nuts, to keep a safe distance from the camera. Assemble the camera and fix it with two nuts. 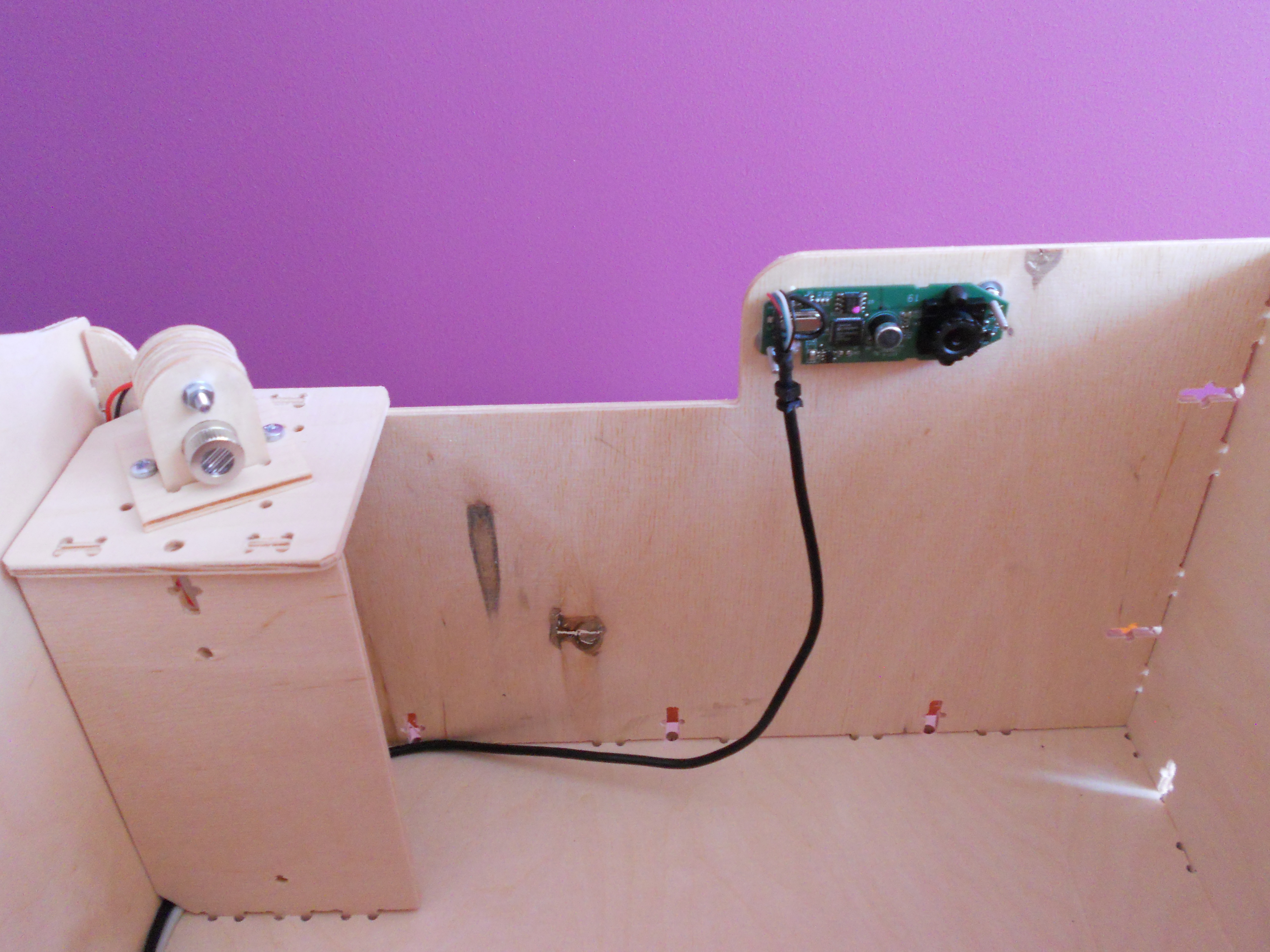 10. Slip the upper part of the casing and the assembly is finished. 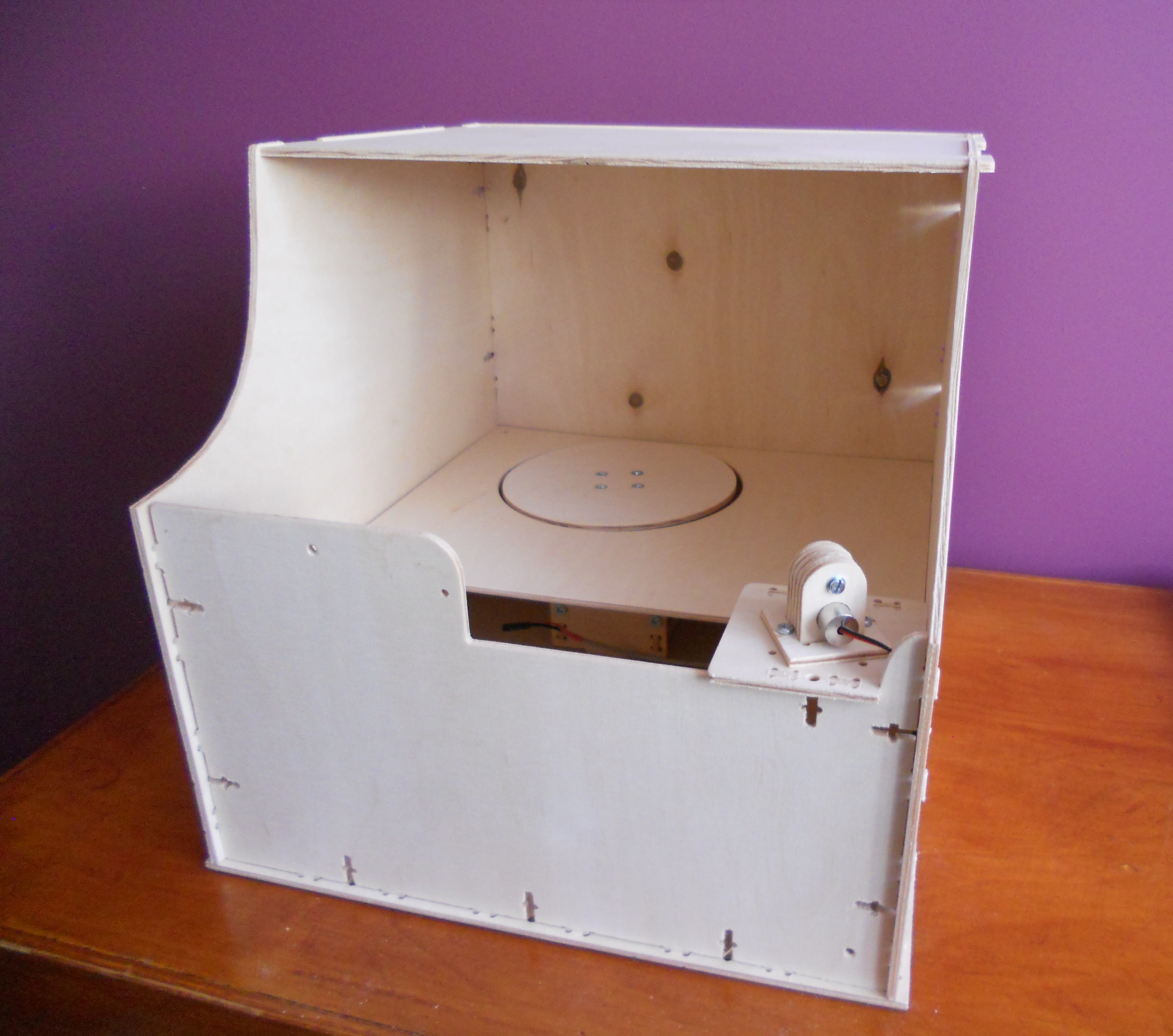 In the next episodes I will describe how to install a firmware, prepare a flash drive with Ubuntu and take your first 3D scan.

Dariusz Miłek – the CCC owner takes over 15% of the Zortrax’s shares, worth 44 mln PLN